The stubbornest runner ever 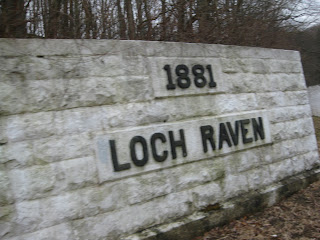 So I woke up this morning and headed to Loch Raven reservoir to attempt my second 20 miler. When I woke up I was hacking up a lung like worse than usual and couldn't catch my breath, so bad that I woke Eric up (equivalent to waking up a corpse) and he tried to convince me to stay home.

I pulled up at the same time as Marie, my coach, and as soon as she heard me coughing she told me not to push it, if I only wanted to do one loop (7-9) miles I'd be fine for the race. We decided to attempt three 7 mile loops for a 21 miler, but obviously that gave me the option to stop early if I needed to.

When I started running, the fresh air helped my lungs a lot. I was taking it super slow, so my running buddies, Mike and Brenda, were ahead of me most of the time, which was fine with me. I liked getting some practice running "alone", without music, so I know I can handle it at the marathon. The weather was perfect and the scenery was gorgeous. Running in pretty scenery makes such a difference, the run seemed so much easier than last weekend. 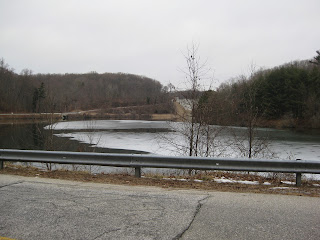 Um, check out ONE of the hills. Total elevation climbed was 3095 feet. 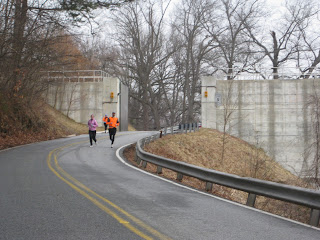 The "Loch" with some random runners that I don't know. 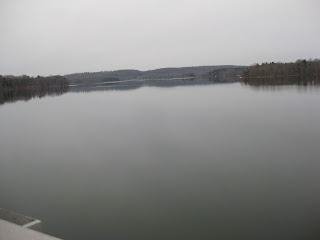 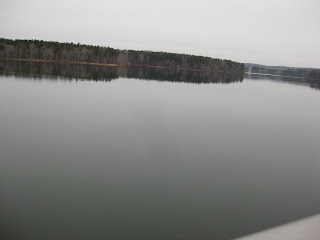 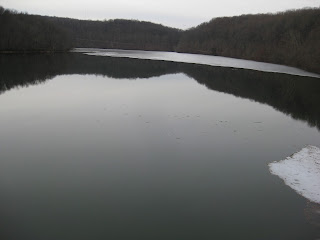 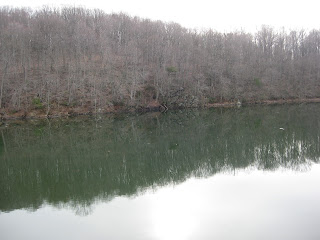 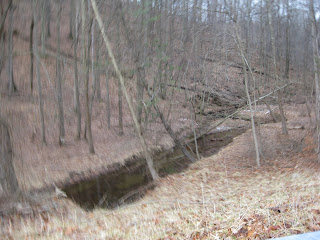 The bathroom....luckily I broke out this little gem: 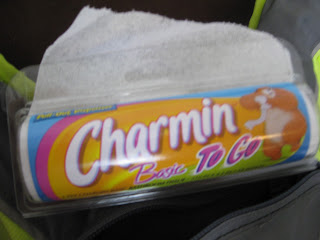 I felt pretty good up until about mile 12. Then I started the coughing again, my inhalor didn't help, and my IT band was bothering me, which has never happened before. We finished the second loop, I took a Gu, and headed out for the third time. I got about a half mile in before I just decided I couldn't handle it and told them I was done. I headed back to my car for a total of 15 miles.

Despite all the assurances that skipping the run entirely was fine, I'm stubborn and really wanted to do the full 21 miles. I was really upset that I couldn't finish and called Eric in tears when I got in the car. He cheered me up by reminding me that 15 miles is still a huge accomplishment, especially with a sinus infection. A year ago I couldn't have done that distance, and he brought up how far I'd come since signing up for my first half marathon. So, I'm disappointed that I wasn't able to finish, but its better to take it a little easier then to risk getting injured, or just prolonging my infection by pushing it too hard. Hopefully Monday morning I'll be feeling more like myself and I can get my training back to normal.

Tonight there's a UFC match so while Eric and Carolyn's husband John go to watch sweaty man rub each other at a bar, we are having a girls night. Sweatpants required. Makeup forbidden. Carolyn, Casi and I are getting Wegmans subs (I know, I'm obsessed), self serve frozen yogurt, and watching a chick flick....any suggestions?

I'm going to try not to get three weeks worth of calories in toppings on my fro-yo, but no promises.
Posted by Alyssa at 1:21 PM