Gift for the ladies (or men, if he wants)

I started listening to Christmas music November first, but really, really called upon pure willpower to leave it at that. But once Thanksgiving was over, all bets were off.

I am a big fan of black Friday shopping, but this year I've already lost enough sleep. Instead, we worked on some new family traditions.

Obviously Dalton is too young to know what's going on, but I was really happy. Last year, I posted in December about how Santa must have lost my Christmas list (due to my need for an emergency root canal). Secretly, all that was on that list was a baby. Starting off this holiday season with that beautiful boy in my arms was a pretty amazing feeling.

We kept the holiday cheer rolling all weekend. Dalton and I had a little mommy/son date with our good friends, Carolyn and Nathan.

We went to the festival of trees. It was a surprisingly indoor event where basically Christmas has exploded everywhere.


In between navigating diaper changes and spit up explosions, the babies napped, and we even picked up some gifts (although I'm still ridiculously behind).

Dalton is clearly the best gift I could hope to receive, but Eric had a close second waiting for me when we got home. He cleaned the fridge and the freezer. Both were spotless and glorious. Cleaning the fridge is my #1 most loathed task ever. Something about the potential for spoiled food. Even when I worked at Starbucks, where there was never spoiled milk, I would always beg to clean the bathrooms rather than the milk fridges at closing. I would literally rather clean toilets used by thousands of strangers than wipe down a fridge. I warned Eric when we moved in together that was one task he had to always do, and he's stepped up to the plate ever since.

We rang in the month of December in the usual way. Another mom/baby date with Katharine and Zoë to take a walk in 65 degree, beautiful sunny weather.

Katharine and I trained together for my first ever marathon back in 2010, and we had our babies exactly two weeks apart! We traded our 20 mile runs for a stroller walk.

Speaking of exercise, I took the entire last week off. In retrospect, that would have been a good time to work out, since I constantly had another adult around to look after Dalton, but what's done is done. Now I'm back on track though. I need to start training. April is coming. 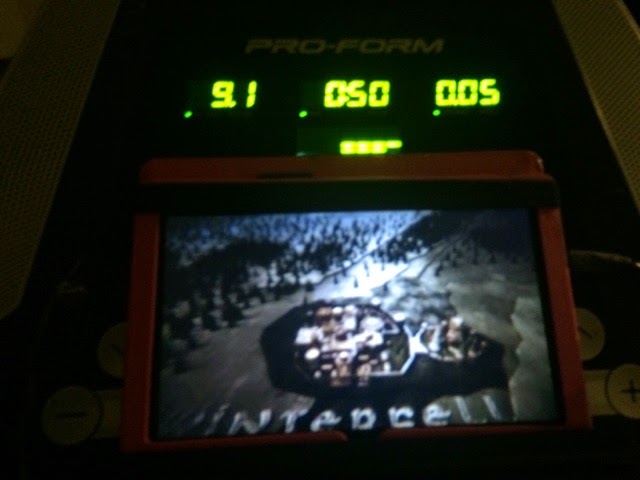 Last year, I re-watched the entire Game of Thrones series on the treadmill starting in January, and believe me when I say nothing has ever motivated me to exercise quite so nicely. I had big ambitions of doing the same in 2015. But, as always nowadays, it took far too long for the obvious to hit me. I barely fit in three seasons last year, so watching four seasons this year while also trying to be a mom was a fool's errand. So I started Saturday, and I'm already 3 episodes in. I hate new experiences, but repeatedly watching a TV series based on a book series I've already read is heaven on earth. So, no races on the horizon, but this seems like a solid goal.

What's the one TV series you can never get sick of? I have a lot. I think my favorites are The Office and Sex and the City. I had all 9 seasons of The Office ready to watch while I was in labor, but that didn't exactly work out.