Weaning: the good, the bad, and the deflated

This is a post where I wax poetic about breastfeeding, so, fair warning if that's not your thing. I don't feel like peppering it with "brelfies" (breastfeeding selfies, duh, it's a real internet term), and I wasn't sure what to use for visuals. And then, perfect timing, I got back the pictures from a "Mommy & Me" photo session I just did! So those unrelated pictures will be breaking up the giant wall of text. 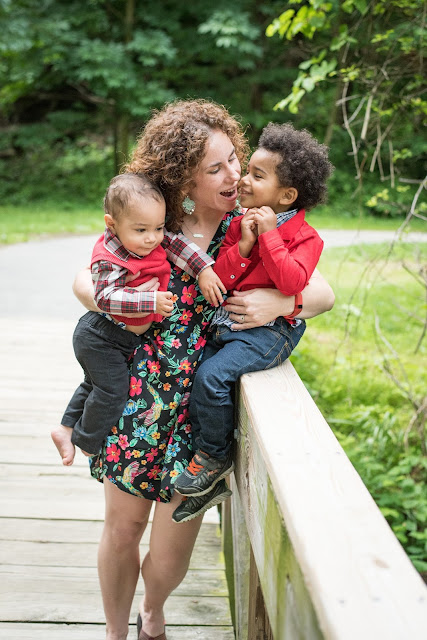 Sometimes I swear that my boys meet in secret and Dalton teaches Royce all he knows. In some ways, their personalities are so different, but in other ways, they are two peas in a pod. Apparently, quitting breastfeeding is the latter.

Babies have to have breast milk or formula for a year, that's doctor's orders, non negotiable. For that reason, my primary breastfeeding goal was one year. Of course, I'm thrilled to have made it that far. I had high hopes of continuing past that though, to 18 months, or even the holy grail (and World Health Organization recommendation) of two years. I realize to some, that makes me a weirdo or a crunchy attachment parent or what have you. While I'm still fairly new to parenting, luckily I've been doing it long enough by now that I stopped wasting time time and energy on what anyone else thinks.

However, like his brother, Royce had different ideas. Both kids followed a similar pattern. By around ten months, they had no interest in nursing if anything else was going on. They only wanted to nurse while sleepy, in a darkened room, preferably with white noise. By around 11 months, both were down to just when they woke up, although Royce would still occasionally be interested at bedtime. They had discovered the joy of solid food, and of the sippy cup, which they could take with them on all their adventures, vs. being stuck in one place breastfeeding. Clearly, the former was preferable for my curious little explorers. Royce is 13 months old today, and today may just mark his first day as a weaned kid. BRB sobbing.

Lately, Royce has not only not wanted to nurse, he's acted downright offended when I offer - even first thing in the morning, which was the one time I thought I could count on. Instead of happily latching on like old times, he throws his entire body to the side and yelps like I'm stabbing him. Every time he does it, I hear Regina George in my head going "Stop trying to make nursing happen,".


I was in deep denial. Grand Canyon sized denial. Still am, actually. Royce realized this, and decided he had to up the ante, since his dumb mom couldn't get this idea through her head. I had finally tried to at least accept, just a little bit, that the end may be nigh. I defrosted some breast milk for him. I'd been previously only sending it to daycare, under the false assumption that I could convince him to take it straight from the source at home. I gave it to him in a sippy cup, and then went into another room to grab something. I was gone maybe 30 seconds. I came back, and the sippy was gone. Normally, it could easily have just blended in with the toys, papers, and various debris all over the house. But I had actually done the unthinkable, and cleaned during naptime. And I could clearly see that the sippy cup was gone. I finally found it - in the trash can. This little stinker had put the sippy cup directly in the trash can. Pretty clear message, and pretty bad ass of him. 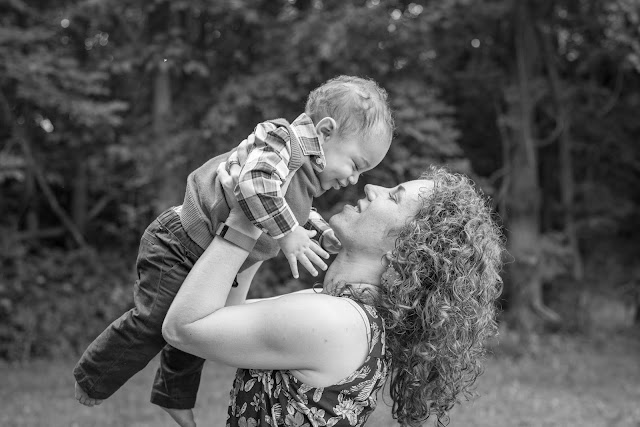 Side note - I obviously took it back out and washed it off. Later, Dalton took it out of the fridge, thinking it was his, and said "Hey! This is baby milk!". I have no idea how he knew that phrase, and that it was "baby milk". We've never called it that! Then he announced "I like it!" and I told him he could drink it. So, not a total loss.

The thing is, I really love breastfeeding. I've been extremely lucky to have not only been able to do it, but to have had a relatively easy time with it. Even in the super early, up all night, cluster feeding, could barely get the baby off the boob long enough to brush my teeth days, I loved it. I've heard moms describe that period as stifling, and I completely get that, but that wasn't my experience. Especially with Royce, because I wasn't fraught with the anxiety of being a new mother like I was with Dalton. I loved curling up with a snuggly, warm little nursing newborn all day long. I loved having to wear nursing tanks to give Royce constant access. I loved always having exactly what he needed, and relished this brief period of time in my child's life when I had the solution to every single one of his problems. I don't know what that says about me, it sounds really selfish when I type it all out, but I can't help it, I still miss those days.


I posted a "help! my kid is weaning!" sob story in the working mom breastfeeding Facebook group. Somebody responded with a link to Kellymom, aka my nursing Bible, which explains why many moms feel so sad about weaning. It had this quote: Weaning marks the end of a physical oneness with your child. Umm, WOW. Way to put a dagger straight through my heart, KellyMom. I'm not crying. There's just something in my eye.

It's true though. For nine months, Royce and I literally shared one body. Then for the next six months, I was his one and only source of sustenance. I had to be close to him at all times in order to feed him, and even when I went back to work three months in, my body was still providing 100% of his nourishment. Even though it's been months since this was the case, and Royce has been relying heavily on solid foods and sippy cups, we at least still had that connection.

Logically, I know it's not the end of our closeness. I still think I have a pretty great relationship with Dalton, and he's been done for over a year and a half.

I also recognize that it's definitely easier to let the child be in charge of weaning vs. the mother - I mean, they are really running the show anyway, why should this be any different? If someone has to be upset, I'd rather it be me than him. But I'm still going to complain about it.

Considering I've been either pregnant or nursing since 2013, I thought I would be happier with the idea of finally having my body all to myself! But, the heart wants what the heart wants. I'm still partially in denial, thinking - well, maybe if I just keep offering? I did the same denial with Dalton though, and eventually I just had to accept that part of our relationship was over. I know I need to do it again, it's just harder this time since I don't have another little nursling on the way like I did last time!

That's my weaning sob story. I would love to hear experiences from other moms!