It's gonna be MAY

Huge stuff going on around here. I'm not even sure where to begin. That one time Royce climbed out of his crib (during playtime, not night, so far!)?

Speaking of Royce, allow me to be the world's oldest mom cliche for a moment and say my baby is two!

We had a party at our house last weekend, and as usual I said it was going to be casual and low key and then drove myself crazy trying to make all the food from scratch. It was a "Taco Twosday" party so Eric smoked chicken and pork and I made guacamole, beans and rice, and got the toppings ready. It doesn't even sound like that much now but on top of cleaning (with two kids running around, an exercise in futility) it felt stressful I guess. And, of course, we made an amazing cake!

The party included 11 kids ages 4 and under and all their adults and was just the right mix of fun and chaotic. All the kids had a great time and most of the sangria was consumed so it seemed to be a success!

I don't know if it's a youngest kid thing but Royce just still seems like such a little baby to me. It's kind of a shock to see him next to an actual baby and realize he is, in fact, a kid at this point. I've been getting a little emotional when I snuggle him before he goes to bed lately about the fact that he won't be the baby anymore. Of course, I know kids will all always be their mothers' babies, but he won't be the baby of the family and I know as soon as I see him next to a newborn he will seem so big. Which isn't a bad thing, kids are supposed to grow, obviously, it's just bitter sweet. And of course I have guilt about relegating him to middle child status. But he is so much fun at this age! He can do so much more now and is so much more independent and less frustrated then just a few months ago. Basically just all the feels.

Moving on, other May "holidays" - our version of Disney world comes right after Royce's birthday. Big Truck Day. The Department of Public Works brings basically every kind of truck you could imagine to a huge parking lot and the kids can climb in them, turn on the sirens and lights, beep the horns, etc. While some kids get excited to meet Mickey or Elmo, my kids live to touch a real live garbage truck. It's pretty convenient for us since this is 1. Free and 2. Like 10 miles from our house. Last year we really lucked out with cold and rainy weather so we pretty much had run of the place. This year was high 80s and sunny so it was packed and there were lines, but we still had fun. Royce did surprisingly well waiting on the lines! Dalton too, but he's more used to the idea. Waiting on lines at age 2 can be the worst thing that ever happened to a person, based on our experiences with slides at the playground.

The following day was Mother's Day. After the previous weekend being on the crazy side with Royce's party, we had no plans and stayed in pjs all day, which is my heaven. Eric smoked meat and made homemade cinnamon bread. I did change to workout clothes briefly for a walk with my (normally running) buddy Jackie. It was a perfect day. I had brought the giant exercise ball up from the basement the night before because sitting was starting to get uncomfortable. The boys thought this was the best thing ever and brought their own balls up to join me bouncing. No pictures so instead here's a picture of them jumping through a mud puddle.

"The boys" got me a prenatal massage gift card for Mother's Day! My friends got me a gift card for one when I was pregnant with Dalton, and it felt great but I haven't had one since. I'm pretty excited for this. Mother's Day doesn't get much better than a full day of hanging out with my favorite people. Well, unless our own mothers could have joined us, but they will be here to meet the baby soon enough!

Again, super cliche, but I can't believe next year I'll be a mom of 3!

Driving to work yesterday, it suddenly really hit me that the baby will be here in less than 3 weeks, in an intimidating way. Which is weird, because I've literally spent every moment since I saw the second line being impatient to meet the baby. When we did our first ultrasound at 6 weeks, I told Eric I wished we were coming to the hospital to have the baby. And meant it 100%. Then when I told him I was suddenly freaked out, he was like "why? We've done it twice before!". I'm nowhere near as freaked out as those times, but it's still a big deal to add a baby to your family! Plus that's easy for him to say, not being the one who has to actually birth this child. I think I just had a moment of loving our family dynamic so much right now, and being scared to change it. While I know it's essentially nothing in the long run, I anticipate my c-section recovery being a bit difficult emotionally because I'm going to miss the boys and not really be able to play with them at all at first. Which sounds silly, because it will be like 2 weeks, but I hate even having to go one day without it! I know obviously I'll feel differently because I'll be spending time with the baby, not just hanging out alone, but the baby isn't here yet and they are and I'm going to miss them.

Of course, I'm still thinking of how awesome it would be if the baby arrived at 37 weeks (which I hit Saturday, but my doctor is going to pick up her son from college, so don't send me any labor vibes till Monday!) and I would get to meet him or her two weeks earlier than planned, so, clearly not that concerned. I haven't been that scared of how the boys will transition because I'm telling myself they aren't going from only child to a sibling. As far as they know, they have been brothers their whole lives (I mean, obviously Royce actually has and Dalton remembers no different, he asked me yesterday "when I was a baby was Royce a big boy?" and I tried to explain Royce wasn't born yet but I failed and he was lost) so they are used to not being the only ones around. And they will still have each other and nothing about that will be changing, even if Eric and I will have a big new responsibility. It's probably wishful thinking but it helps me to focus on the fact that they have each other!


TL:DR I'm super pregnant and having all the feels and decided to brain dump them in a way that may or may not make sense.

Last but not least, I'm now on maternity leave! I got choked up when I drove away from work the final time the other day just thinking that I get the next two years with these guys and don't have to leave them at any point. I'm just so ridiculously excited and grateful to have this time to spend with them (and the baby of course!). I was telling my friend who is a SAHM how much I had been looking forward to taking them to Chick Fil A for breakfast yesterday morning and it seemed so silly, but having a lazy Wednesday morning getting to hang out and play with them is new to me! I'm sure I'm romanticizing it and it won't be rainbows and unicorns 24/7 but I can't go wrong with going into it positively, right? We still have daycare until next month so I'm not experiencing the real deal just yet! 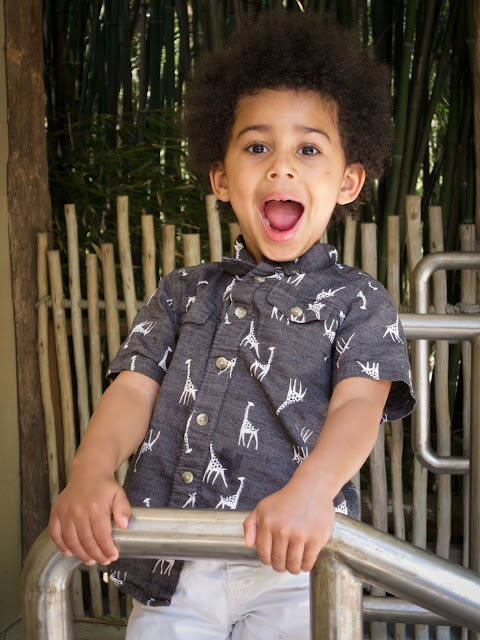 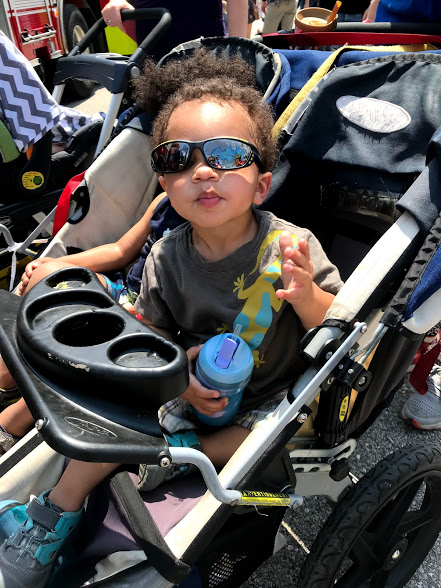 Last but not least, everyone needs to go to my friend Emily's blog. She's only 33 and has a hilarious and adorable 2.5 year old son. She was diagnosed with metastatic breast cancer this past fall. Being the amazing person she is, she's turning a devastating diagnosis into a way to help others. You'll be amazed at how beautifully she writes about something so difficult. She's writing to help others who have been recently diagnosed navigate the process, and has started a movement called Survivor Letters as well. I've always considered her to be far more eloquent than me (seriously, even in texts she can always explain what I mean better than I can) so I'll leave her words to explain this movement.

"Survivor Letters aims to be a virtual hug for all of those touched by breast cancer, from family members, friends, to the newly diagnosed themselves. They are stories of camaraderie, and courage, struggle and inspiration, and a battle cry for all of those bogged down by the new world of life with cancer."
Posted by Alyssa at 6:18 AM