As you may have seen on my Instagram, I was recently extremely lucky to be able to attend the Apraxia Kids National Conference. And I don’t even like or use this word but I’m going to say it was a blessing because I can’t think of a better word. It was an incredible opportunity, provided for us by some amazing grandparents, and Instagram.


Let’s back up. As a “wear my heart on my sleeve” type, I’ve been all over social media once our middle child received a diagnosis of CAS, Childhood Apraxia of Speech, this past spring. An Instagram friend reached out and suggested I follow a friend of hers, Monique, who posts beautifully about her 5 year old son with CAS. I immediately followed and went FULL STALKER MODE. Like that person who suddenly starts following you and writes a long comment on a post from 3 months ago. I was just so excited to see things like another little kid using an iPad with the same program Royce uses.

Monique and I started chatting through DMs and she told me about the Apraxia Kids organization, and the upcoming national conference. Tickets weren’t cheap, so I thought it was something to keep on our radar for maybe 2 years from now, once I’d been back at work awhile. But it was in Pittsburgh this year, which is less than four hours away from us. The idea kept nagging at me of trying to attend this year, when it was so close, and this diagnosis was so new and confusing and overwhelming. 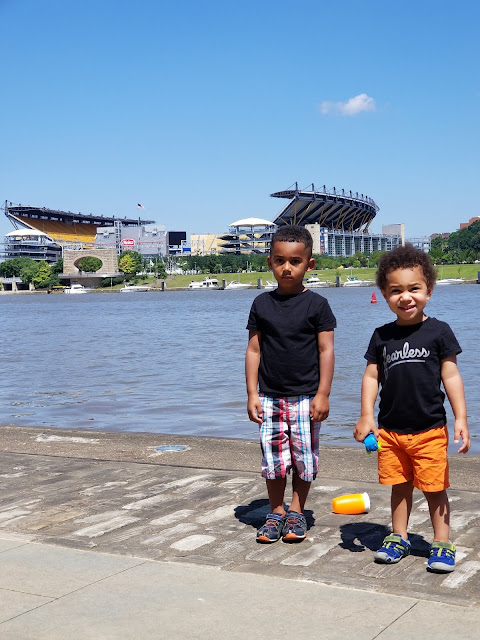 Somehow it all came together. My father was extremely generous and got us a conference ticket for “Royce’s” birthday (I mean, if you can’t get away with that at age 3, when can you? Plus we don’t need more toys like so so do not need more toys). My mom and stepfather and inlaws helped us out with hotel, gas, and food. Royce is truly so lucky to have all of his grandparents so devoted to helping him, even if he’s clueless about it right now and just thinks they are fun people to FaceTime and play with.


Not even 3 months after the diagnosis, we descended on Pittsburgh to learn all we could about it! I must say, living in Baltimore for the past 14 years, I was led to believe Pittsburgh is a horrendous place, never to be visited. That couldn’t be further from the truth! It was such a lovely, fun city.


Let’s do some Q&A! Thanks to Goldthings for every single question.

Who was the conference for? Parents, and Speech Language Pathologists (SLPs). It was about 50/50, with sessions specific to both parties. It was not designed for children – in fact, our kids did not even set foot in the hotel hosting the conference. It was a typical conference format of sessions in conference rooms with power point presentations about a variety of topics, so not exactly something a three year old would be interested in.


So what did you do with the kids? The conference actually allowed couples to share an entry. We took turns attending sessions/hanging with the kids. Our hotel was about a mile away, so this meant we missed all the networking/session break stuff, because whoever was at the conference would walk back, hand off the ID badge, and the other person would book it back to the next session. Not a perfectly ideal situation, but we still got a ton out of it.


Were there any A-HA moments for you? Honestly, I’m not sure yet. It was information overload. In a good way, but still, wow. We haven’t even finished sharing with each other everything we’ve learned from the sessions yet. It was also a lot to take in emotionally. Basically two days straight of focusing on this huge source of stress and worry in my life. One of my big fears was confirmed – statistically, children with CAS do poorly in reading. Which is kind of dumb for me to be upset about. I know how reading is taught, and I know what Royce struggles with. I guess it was just one of those trying to stick my head in the sand situations trying to pretend I don’t see the obvious.

That was kind of negative. I don’t mean it to be. We learned a ton of helpful stuff. But things also weren’t sugarcoated. I feel like sometimes I can come off like rah rah Apraxia cheerleader, but the fact is, it’s a disability, it sucks, and I would give anything to magically make it go away tomorrow. That’s not going to happen, but we now are armed with so much new information to help navigate through it. 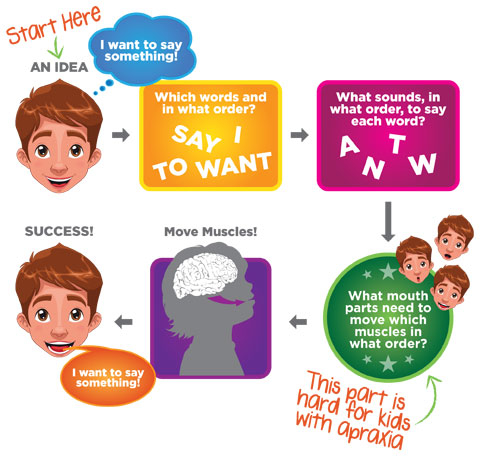 Did you learn about any new technologies? Yes! One of the ways they sometimes help children in therapy is by using an ultrasound. I’m going to do a terrible job describing this but they design a special mouthpiece to be worn by the child, it connects to a laptop, and a computer program allows them to see the movements their tongue makes so they can adjust as needed. How cool is that? This is, of course, for much older children, like teenagers, but I got to see a video of a girl using it and it was really interesting.

In terms of more relevant learning, I attended a session that gave an overview of the most common, research based therapy methods for children with CAS. Because children with CAS struggle to use their brain to create a motor plan with their mouth for what they want to say, a lot of therapy is designed to create muscle memory for words. This is very different from traditional therapy (I have no idea what tradition speech therapy looks like, but after the conference I know it’s different than CAS therapy). One presenter gave the example of learning to tie your shoes. Initially, it requires a lot of thought, focus, jerky movements as it’s new and different. Now, most adults can probably tie their shoes in the dark while carrying on a conversation, because the muscle memory is there after doing it countless times. That’s what therapy aims to do with speech, because forming words feels like that awkward and challenging initial shoe tying.

Was the conference solely for Childhood Apraxia of Speech? Yep! It is extremely common for children with this diagnosis to have other diagnoses as well, such as other motor planning struggles, like being slower to learn to walk, go up stairs, etc. However, this conference was focused on issues pertaining to CAS.

Were any adults there with CAS? Yes! One of the board members was diagnosed with CAS in the 90s as a child. There was also a specific panel of teenagers and even younger children with CAS speaking. We did not attend this – while it sounds amazing, it feels just SO far from where we are right now, I’m just not ready. I hope in a few years to feel differently.

What sessions did you attend? I’ll paraphrase titles to give the general idea.
Apraxia 101
Encouraging risk taking in children with speech disorders
Eric went to a father’s only luncheon and informed me very proudly he is in a dad facebook support group with his new friends now
Advocating for your child’s IEP
An overview of the types of research based therapies for CAS
How to help siblings of a child with CAS

What’d the person not attending the session do with the kids?
Two words: hotel pool. That killed a lot of time. The conference was also across the river, so we walked to the bridge to meet Eric one time to switch off. The boys loved seeing the river but they walked a good two miles round trip! Dalton even said his feet hurt from walking.


After the first conference day, we walked to Primanti Bros to get delicious sandwiches, and ate them outside at this big lighted splash pad thing while the kids ran through the water. They were in heaven.


While this is definitely what many of my friends would consider a nightmare, all five of us stayed in one hotel room and it worked great for us. Our kids basically always want a parent in close proximity when they sleep, so having both of them in the very same room was their dream and they slept pretty well. We just played super loud white noise. I actually almost was late to the conference on day 2 because I woke up at 7:15 and it started at 8! No one else was up! I hadn’t set an alarm because our kids are always up long before 7am. 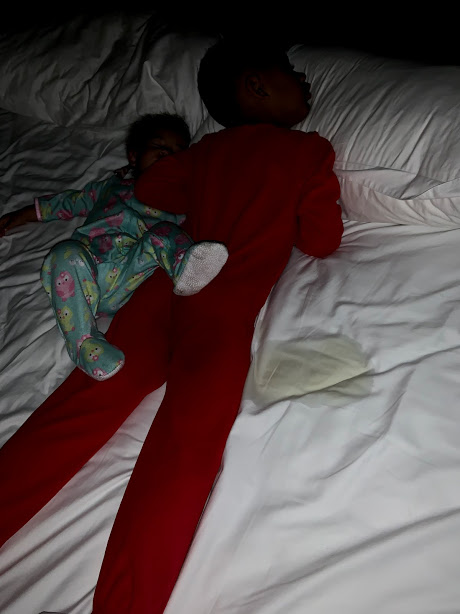 What's your travel situation with kids? Is 5 in one hotel room your nightmare?