Fancy exercise studio review - how the other half work out


Sadly, my ClassPass membership has come to an end. ClassPass lets you pay a monthly fee to try out all sorts of specialized exercise studios in your area (3x/studio/month). I worked out really hard and as soon as the weather breaks, I plan to post gratuitous pictures of my baby and I that are really designed to show off my guns and six pack. I really, really enjoyed my month of trying out fitness classes. Now it will be back to the treadmill and Jillian Michaels. Which are both great, but it's probably good for me to do some other stuff here and there. A year ago, I probably would have continued and paid for it on my own. But as much as I liked it, driving an hour round trip to classes that are 50-60 minutes long is just not realistic for me long term.

I tried a bunch of classes. Here's my take on all of them.

Spin at a fancy spin studio:

I was pretty devoted to my spin classes at the YMCA, the teacher was amazing. The price was also right. I'm not sure how much this place is a month, but I'm guessing too much. They had good classes, I definitely sweat like crazy and they even had little weights on the bike and one track would be an arm workout. I don't think it was anything better than any other gym though. As far as I could tell, the extra bucks get you:

Final verdict: All nice stuff, but for those of us living a budgeted lifestyle, not really worth it.

Apparently when I was recovering from childbirth, I missed a memo that workout shorts are dead, and everyone is now going to wear capris or pants. I know it's cold out, but I get hot when I work out, so all you Richie Riches will just have to stare at my pasty pale legs, sorry. Except at barre, where I was informed that shorts were not allowed, only pants. They didn't explicitly say it, but it was clear that also Ross Dress for Less outfits were not allowed, only Lululemon. The rest of the class pretty much followed suit. You do all these tiny little movements that are somehow intensely painful and you get that crazy muscle shake thing going. This device was a key player. 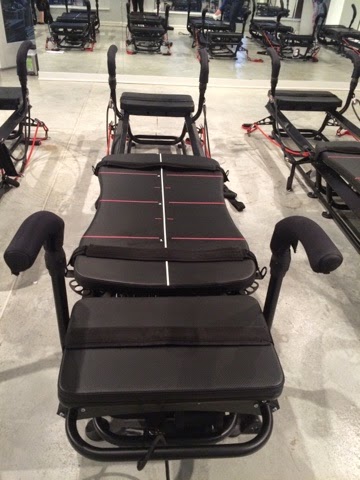 Final verdict: Probably a good way to get bikini ready but only if you already own a significant amount of Lululemon.

Crossfit: I don't get nervous about new workout classes anymore because I'm in my thirties and don't care, but this one I was nervous for.
I've read a lot about it, but none of it seems to be in English so I really had no idea what to expect. From my brief experience, it had the nicest people. Everyone was really welcoming and not at all the roided up Paleo weirdos I'd been picturing. Somehow the coaches managed to help me without drawing any attention to the obvious fact that I was clueless.


However - it was confusing. I had been running and lifting and doing jumping jacks and all this stuff and the coach was explaining something and he was like "but don't worry we will do more of those in the workout". And I was like...WHAT THE (expletive) have we been doing all this time if this isn't the workout? But I figured it out and followed the white board. I came back a few days later and this time I thought I knew the drill. I kept waiting for them to erase what appeared to be a child's scribbling on the whiteboard and record the workout. 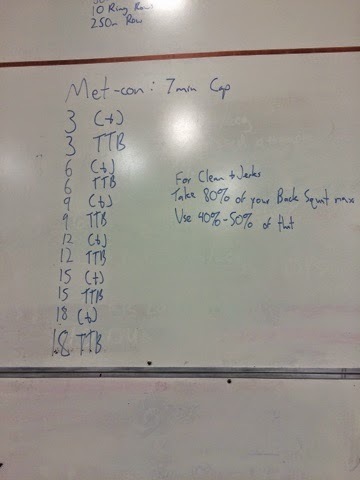 Finally I realized that WAS the workout. Furthermore, while they explain it, people stand around with composition books and take notes. I'm not even joking, they legit had the same journals as my students. People had calculators out...it was all too much for a 5am class.

Final verdict: It's up there with the running community for nice people, but I don't need my workout to have math problems in it.

Yoga: This workout is not new to me, but I did try a new studio. There was a sign up that said something like yoga does good for the world. Based on my experience with it, it's mainly a way for upper middle class women to relax on a Saturday morning but maybe that's just me. I was dying to do Bikram but I held back.


Final verdict: It was totally relaxing and Zen and yogini and I was actually sore from it.
Bootcamp: This involved all sorts of craziness and rotating between stations of torture. The guy running it was some sort of sadistic genius who could constantly keep track of where every person in the class was, what they needed to do next, and how to make it even harder.

Final verdict: Every time the teacher took out more materials I prayed he was just setting up early for the next class. We got to squat onto a surfboard and use those giant ropes that people use on Biggest Loser, like the ones on ships, and I've always wanted to do that. A+

Boxing: This was the only 5am class in my area, which is really the only time that actually allows me to get to work when I need to. You got to spar with partners, hit the punching bag, and this one also had stations of torture.

Final verdict: If you want to start your workday feeling simultaneously like a badass and at peace, because you pretend beat up everyone who pisses you off already, this is for you.

I managed to go to 16 classes during my 24 day trial. There's a $20 fee for missing class, which really worked out to motivate me to get up at 4am to make it. While I'll miss getting to go to all these classes, I am excited to gain a little more time back in my life just doing short workouts at home.

There are still some exciting exercise things coming up in my world though! This weekend we start kickball, and have our first family 5k (my first race in almost a year!). Big stuff!


Which of these workouts have you tried, and what did you think?
Posted by Alyssa at 8:41 PM