ClassPass - try it. I'm not getting paid to say that.

I’m going to hit the pause button on eating spoonfuls of cream cheese frosting in front of the TV to talk a bit about exercise.

First of all, I’ve updated my keychain to reflect my current priority.


I do still love running. Just not 50 miles. Or 5 miles. Or outdoors. But I did sign up for a race! Actually Eric signed me up. Not one that I have to train for or anything. A small, inexpensive 5k. It’s to benefit a local program that teaches high schoolers and middle schoolers (Eric’s school is one of only 8 middle schools involved!) life skills such as budgeting, note taking, etc.

I know I can run 3.1 miles, on the treadmill anyway. So we are running it. And so is Dalton! He will be 6 months old then and strollers are allowed. Probably not the best idea to make everybody’s first stroller run during a race but we like to live dangerously. For various reasons, I’m not comfortable running with him in the car seat in the stroller. Including, but not limited to, it’s winter and I run at 5am and this.

Last year I deferred a marathon entry because pregnant, and I originally thought maybe I could actually run it this year. I just remembered it’s this Sunday. The thought of a marathon made me laugh as hard as when my friend said “I thought babies want to take naps”.

I’m trying to use my heart rate while I run these days. Heart rate training is a thing and I don’t know much about it. I do know that it’s easy for me to be lazy and come up with excuses for why I can’t run any faster. Wearing my heart rate monitor keeps me honest when I pretend I can’t pick up the pace and validates me when I can barely keep my eyes open and run really slow.


I work out exclusively at home. It’s hard enough to get motivated to do so. I can say with confidence that if I had to go out in the dark in single digit temperatures to get to a gym my gym membership fee would pretty much be a donation. I can at least roll out of bed, throw on shorts and hit the treadmill maybe 60-70% of the time. I’m very proud of myself that I’ve consistently worked out at least 20 minutes (usually closer to 30), 5 days a week since returning to work.

This week, I’m mixing things up and attempting some workouts at places further than 20 steps from my bed. Yes, it is frightening, but it’s also exciting. Baltimore recently got a new program called Class Pass. I’m trying it out for my blog. 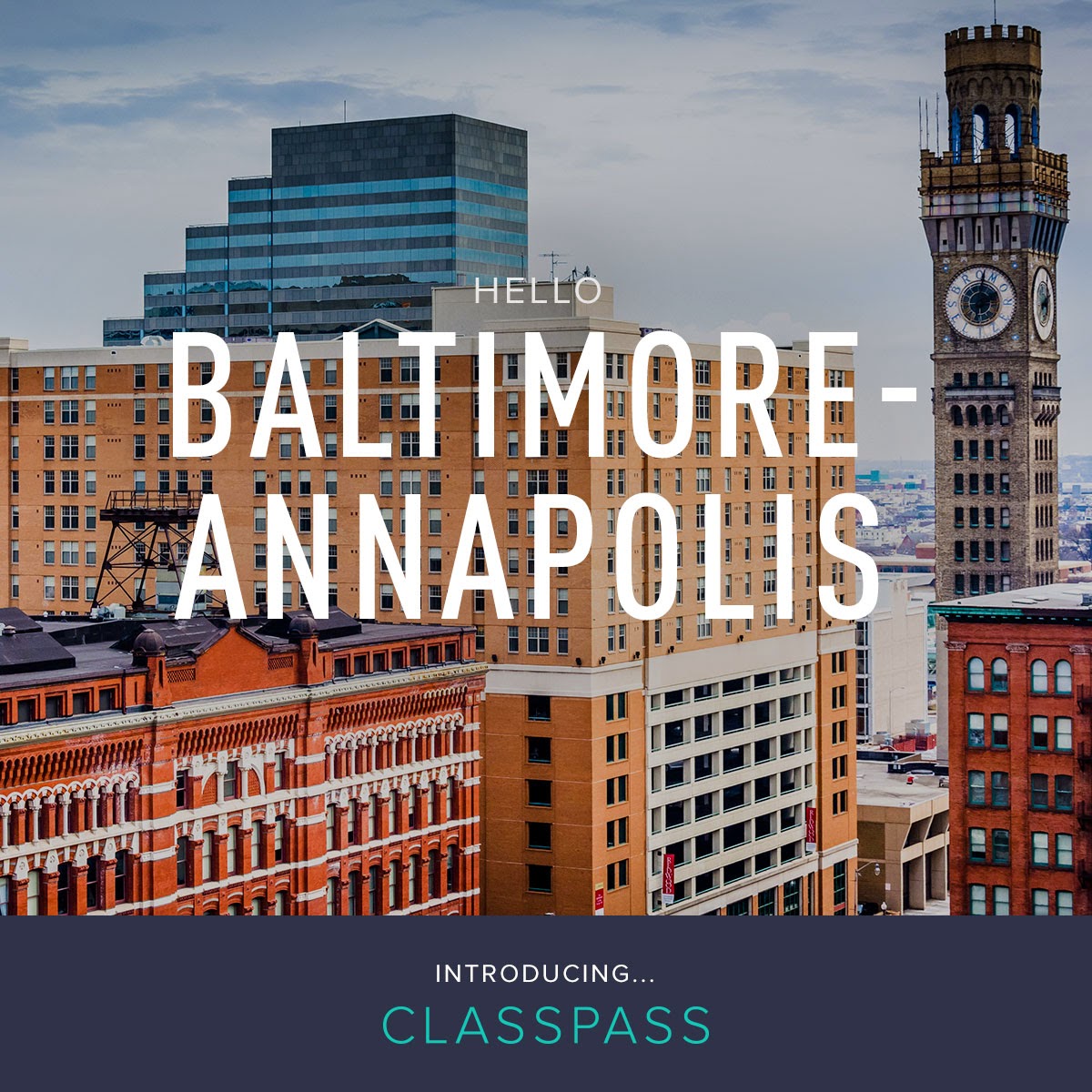 This is pretty awesome, because despite blogging for like, almost five years now, I’m too lazy to figure out HTML and go self hosted or monetize or have ads or anything. I really love money, and I hate not having it, but apparently I love not trying even more. So when I get little perks, it kind of blows my mind.

Class Pass is sweet, and they aren’t paying me or anything, I promise, in fact, I’m too dumb/lazy to even figure out how to send in the paperwork to create an affiliate link to sign up. Which means you can trust me. You know how you always see cool classes on blogs, like Barre, special spin at spin only studios, and hot yoga? And you wish you could do these things, but it’s expensive, and you’re poor? Maybe that’s just me. Even if I was willing to shell out for something like Barre, that would mean that was the only type of workout I could do. Class Pass lets you pay a monthly fee, and then you can try classes at all these specialized studios throughout your city.

I originally tried it out in February, and had an awesome weekend where I finally tried Barre (HOLY CRAP I died) and a yoga bootcamp combo class.
I finally attempted to use my brain and think through logistics. I realized that the membership would pretty much be wasted, since Eric was getting home late from coaching basketball, relegating me to taking classes on weekends only. Unless I wanted to go at like, 8pm, which, get real.

The rep was really accommodating and let me shift my membership to March. I planned to start yesterday, but we had an ice storm, and the studio closed. I ran on the treadmill and started season 4 of Game of Thrones. By the way, can we get more season 5 previews please? I am dying here. I planned out my whole week to do my best to get to some classes. Tomorrow, I’m attempting a 5am boxing class. All part of my plan to teach my body to function without sleep.

If I can figure out the affiliate link thing, I’m posting it, and then you can sign up and try cool classes AND pat yourself on the back for contributing to keeping a cute baby in diapers. I'm already considering purchasing a membership for another month. My only concern is that a lot of the classes are hot yoga, which I love, but I’m hesitant to try them while breastfeeding/pumping. Does anyone have experience with that? I’m a mom who can’t really afford any drop in supply. I posted on a breastfeeding Facebook page, and was told to just hydrate appropriately.