Amazing Mother's Day weekend. My gift was a new car!


Ha, get real, that would never actually happen in my world. But after weeks of researching and carpooling, we did finally get a second car. New to us, but actually older than the one totaled. It's really more like Eric's, because he's big, and my Honda Civic is small. Which is a bummer, because I was due for a "new" car next. Also, the above picture was in my car. The interior of the new car is orange and so pretty. I promise we (ok, Eric) did real research and didn't just go on color. It's a Nissan Murano and the Today show JUST featured it as performing the best in SUV crash tests! Yay safety!

Short of actually seeing my mom, we did have the best Mother's Day weekend because my first little love came to visit - my nephew!

Dalton had a lot of exciting firsts. First zoo trip.

Lastly, his first playground visit! I wanted to push him on the swings, but they didn't have any. He had a horrible time. 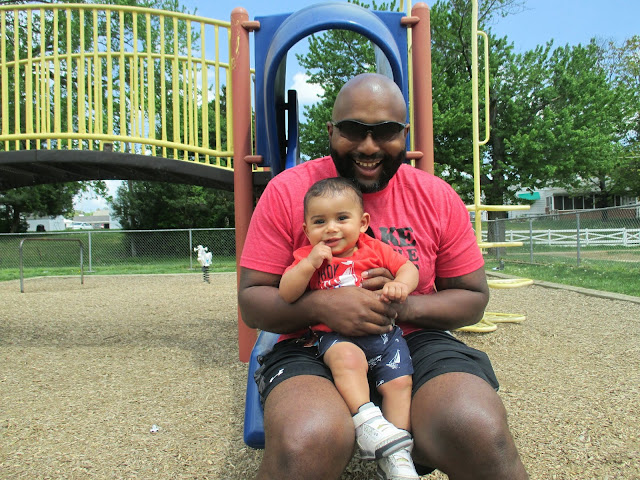 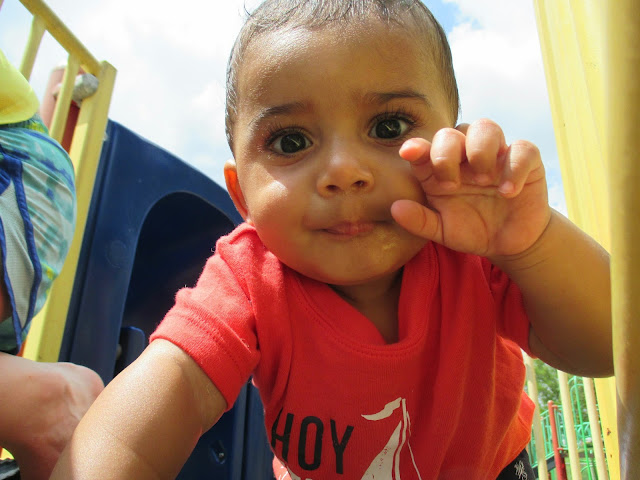 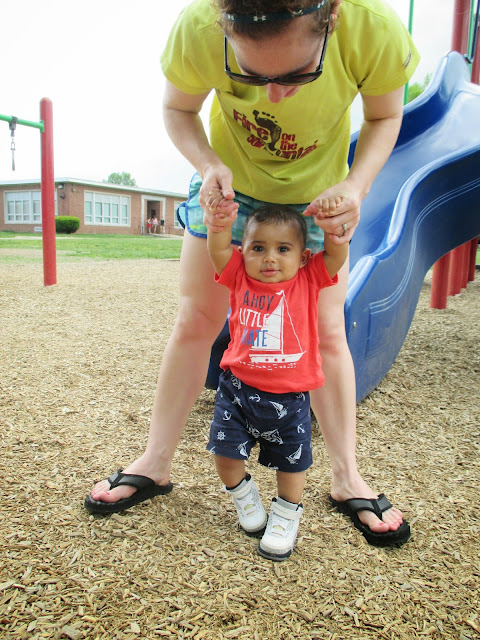 Now he's experiencing a less exciting first. First ear infection. Does it count as first and second if it's in both ears?

He fell asleep on the way home last night. That hasn't happened since winter.

When he finally woke up and came inside, he barely nursed then fell asleep again in the ergo. I ended up rocking him like that until Eric came home.
He never even ate dinner or had a bath, we just put him to bed, he was so exhausted.

In the morning, Eric got him up while I went for a run. He said Dalton was totally out of it, and even when he put him in the exersaucer (his favorite thing ever) he just laid his head down. I was getting really nervous because he had 101.9 fever, and was so lethargic. Every other time he's been sick, he's still been his normal energetic, happy self. He barely nursed again and had a dry diaper for three straight hours, unheard of.

And here's where I'm going to complain. It sucks having a sick baby, and it really sucks to have to worry about making tough choices on top of that. First of all, who's calling in to work? I could either call in, and feel guilty about missing work yet AGAIN, or go in, and feel guilty about not being there to comfort my sick baby. I went with option A. Employee of the year. I raced to work as soon as we could get in the building to get what I needed to make sub plans. Dalton passed out again while I was gone, which is seriously just not like him at all.


Then Eric had to leave for work so I was trying to comfort Dalton while also trying to type up sub plans and text people to ask them to take time away from their busy jobs to do favors for me since I couldn't come in. I had Dalton behind me on the couch, and he passed out yet again.

I just wanted to be able to focus my energy on being a good mom, not ignore a miserable child who wants his mommy to deal with work, but the sub plans needed to be done right then. But then I also want to be a good teacher, and although there's no question about what's more important, I still wish I could be in two places at one time and no matter what happens there's guilt. I'm grateful because I know I'm luckier than most working moms. I still have some sick time left after using most of it for maternity leave, since I was forced to take half of it unpaid. My coworkers are amazing and always jump in happily to help, but still, no one wants to be the one who's always a burden. We just need to get some grandparents to move down.

That was extremely whiny. To cheer up, watch John Oliver discuss how America screws over working mothers in a much funnier way.

I did achieve a major life accomplishment.

What's your biggest source of guilt right now? I laid it on thick to the grandparents above, in hopes I'll get what I want.