Anyone else have the issue of intending to  do Black Friday shopping to get their Christmas shopping out of the way and then end up just buying stuff for yourself? Or just me?

Apparently the whole stand in line at 4am thing is done so I just had some coffee when I woke up and went to oldnavy.com in my pajamas. I actually didn't get anything for myself there (because...what's the point), I just filled my cart with ridiculously adorable baby girl clothes for my niece. I mean seriously, I love Dalton's outfits but how does anyone with a daughter still have a roof over their head? It's not even right. (For the record, Dalton and my nephew don't currently need any clothes and I got one thing for Eric, and we also got a monitor for the new baby.)

After that I went out to my former place of employment, Charm City Run. Previous model + ugly colors = $40 brand new running shoes. YES. (I specified brand new because pretty much every new thing in this house is actually previously used these days.) 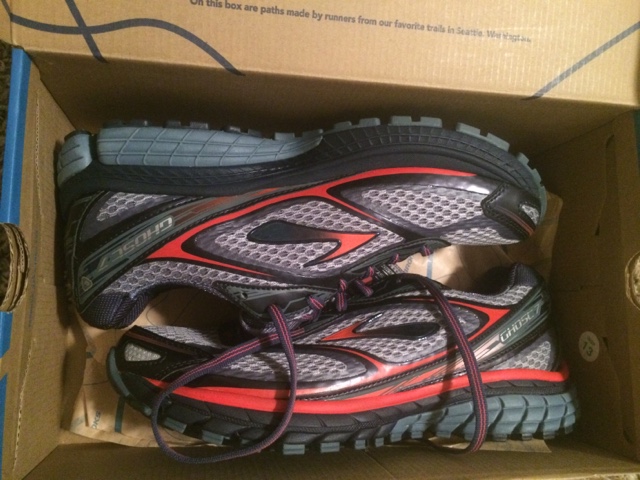 Then I decided it might be time for a new sports bra, since I've had all the same ones since before I was even pregnant the first time (aka 2013). I overheard a lady talking about a sports bra she wore during breastfeeding so of course I  butted in to ask questions and then got into a conversation with her and the saleslady about it. They assumed this was my first pregnancy (since I didn't have any kids with me) and started to let me know just what was coming down the pike for me. I certainly appreciated the advice, but I had to stop them and let them know I was fully aware of the madness this little baby is about to inflict on my body. So. Aware.

Long story short I got a new sports bra with all sorts of fancy adjustable parts and it's going to be wonderful. Then I went to Kohl's and got...more clothes for my niece. I just don't have any ideas for anyone else and the little bows and ruffles suck me right in every time.

When I came home, we put up the tree!


We are all done with every holiday being a first for Dalton, but I still feel like they are all exciting for a new reason. This year he was old enough to eat with us at Thanksgiving, walk, and basically notice things and not just sleep all the time as newborns do, even if he still doesn't have a clue what's going on.


You know what's even better than a weekend? A weekend after you've already had two days off. Lazy mornings with this guy are just the best.

Saturday, we played, napped, then went to the playground and did a stroller run. After bedtime, I had a big night out.

It was epic. For real, I didn't pee during the entire movie. That's the longest I've gone without peeing since it was just me in this body. It was that good. And that was even with a giant soda (that I spent $5 on at the theater, ugh) because my first trimester nausea returned with a vengeance after Thanksgiving. Seriously, LOVED IT. As predicted, I needed a boatload of tissues for the ending on pregnancy hormones. Sorry, that's kind of a spoiler, but the book came out like 6 years ago.

Sunday I woke up with some sort of cold/chest congestion thing and basically took a sick day from life and stayed in bed. The hormones came back again and I felt horribly guilty for wasting one of my precious days off from work with Dalton, but there wasn't really much I could do, other than occasionally lay on the couch and creepily watch him. In addition to a day of napping, I slept 7:30pm-6:30am and actually felt much better Monday morning.

It's always sad to return to real life after a long weekend, but I still had something to look forward to. My OB appointment was Monday afternoon. Hearing the baby's heart beat always puts me in a good mood for the rest of the day.


I scheduled my anatomy scan (the ultrasound at the halfway point of the pregnancy where the baby's organs, spine, etc are all measured to make sure everything is developing properly). It's the same day as Dalton's 15 month checkup, which is just three weeks from today. It's blowing my mind that I'm almost halfway there and Dalton is going to be 15 months - HOW? I swear he was just in my belly. It's a cliche because it's true. A clean bill of health for the baby (hopefully) just in time for Christmas is just that perfect.

Who got a good "Black Friday" deal? I saw a lot of the #optoutside on instagram, but I did a 4 mile run with Lily AND got cheap running shoes.

Who else saw (and loved) Mockingjay? I'm so sad the series is done now! I really need some good YA novel suggestions, I'm trying to make a list in advance because they are perfect for middle of the night nursing entertainment.
Posted by Alyssa at 8:45 PM