I kind of weirdly love reading posts like these and I had no intentions to do one, but something you just have to do it because everyone else is. I actually got inspired reading Heather's post, and, um, mine is a little different. You know you're solidly in boring mom life territory when you're struggling to think of even one major event from the past year that didn't involve your kid. And really, the first thing that came to mind was my niece's birth, so, not even solidly in another category. But I love my boring mom life, so I'm posting anyway.

In no particular order, some stuff that happened in 2015 that was cool/fun/kind of a big deal.

1. I went back to work and Dalton started daycare.

Technically this began in 2014 (the work part) but it was only 2 days and on one of them, he came with me. This would fall more into the "kind of a big deal" category than the fun one. Life as a working mom hasn't been easy, in news that's a surprise to no one. Except, I guess, the people who write those things on Facebook about how being a SAHM is harder because all working moms do is take breaks and drink coffee, eat long relaxing lunches, and stand around talking with their coworkers. Unfortunately, it hasn't quite panned out like that, but I'm proud of the example that we're setting for our son that mom and dad work as a team to pay the bills and run the household. Plus, he loves daycare and we finally have something to do with all that pesky extra money that kept stacking up.

2. We bought a house and became adults. 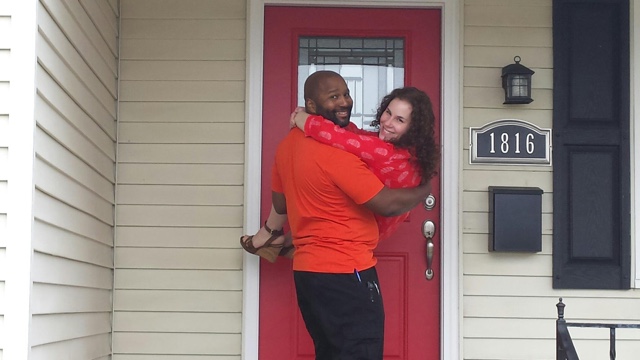 Kind of a big deal. Just a bit. Let's talk about how much I miss hauling a car seat (plus all my crap) up to a third floor apartment after work. SO MUCH. It was worth the pain of moving with a six month old.


3. My boob almost exploded, but then it didn't. Then it almost exploded again, and I found out there was boob PT for these types of problems. Who knew? Live and learn. And yet, I still want to breastfeed #2.


He also learned to crawl, walk, eat real foods, give kisses, and do a million other things that every single baby does and yet are fascinating when your own child does it. Really, I could make a huge list of tiny little mundane moments that we've experienced with Dalton, because those really are the best parts of the year. But I guess that's really what this whole blog is.

5. Finding out my running buddy is getting married, and even better (for me), she's moving only 4 miles away from us! Although, my running is pretty sub par lately, so we've been forced to just do normal things like get together for food and drinks.


6. Running the Baltimore Ten Miler. Certainly not a triumphant return to ultra running or triathlons or anything like that. That's really not in the cards any time soon. However, this was a the longest race I've done since my 2013 50 miler, and kind of a big deal for me to train for. Also, it was fun. In a hot, sweaty way.


Edited to add: just realized I'm wearing the exact same outfit in the last two pictures, even though they were taking six months apart. I'm awesome.
7. My niece Sloane was born! And now she's going to be six months old soon. HOW??

8. Finding out we will become a family of four in May! Obviously, one of the best, most exciting things to happen this year for us. At least Eric and me. Dalton is blissfully clueless.

Due to #8, I'm freaking exhausted, so I'm calling it a night. Stay tuned for New Year's Resolutions (other than have a baby).

Best/worst parts of 2015? My worst was probably #3, the horrendous boob incident.