I got some good questions to answer for blog posts on Instagram! I think maybe I will try to do shorter, more frequent posts? No promises.

"Day in the life"

I'm going to hopefully answer this one fully in a month or so when real life begins. The boys are still in daycare at the moment thanks to an extremely generous gift from my inlaws! Seriously I cannot say how thankful I am. Eric is working full time with summer school and then curriculum writing in the afternoons. This is our last day though! I'm so sad to leave our sitter, she's been with us since I went back to work with Dalton when he was 3 months old and the boys love her so much. I attempted to craft her something as a goodbye gift (with a gift card too as a real gift because junk your kids make is not a real gift, sorry not sorry) and it's kind of a pinterest fail but I don't craft.

5-7 am: The boys wake up, Eric gets them breakfast/turns on a show for them, I stay in bed with Remi who is usually fussy and wants to be held, so she and I doze in bed together.


7am: Eric leaves for work, I go downstairs, with Remi if she's awake.


7-9am ish: Watch shows with the boys, play Dalton's favorite new game that he invented "catch car" which is basically tag/hide and go seek with cars, get dressed, drink copious amounts of coffee.

9am-ish: Drop the boys off at daycare

9:30- 5:30: Nursing, netflix, napping, reading, eating, staring at Remi's face in amazement that I created something so beautiful, some sort of 10-20 minute workout, occasionally errands or meeting up with a friend, very very occasionally some sort of housework, make dinner 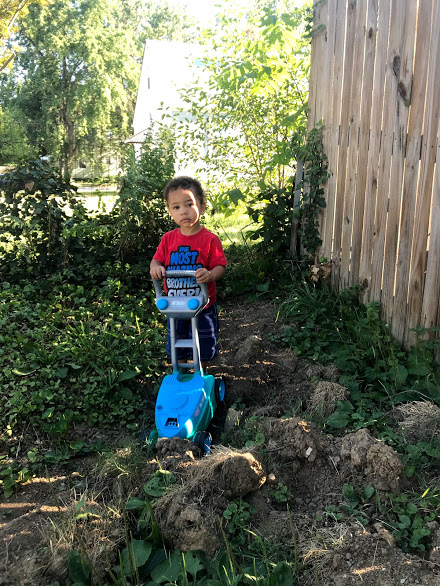 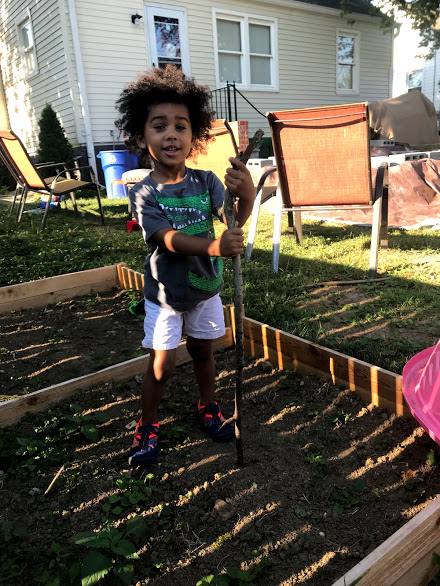 7:30-9:30: As soon as the boys are down (all of them, currently Eric is laying in there with them till they go to sleep, not ideal but seems to be the main side effect of the new baby transition so I'll take it), Remi and I go upstairs and I get her in her pjs and the good swaddle that we use for nighttime, and we snuggle in my bed while I eat some sort of dessert. This is usually the witching hour for her, so there's often a lot of me getting up and walking/swinging her. I was trying to watch the Haidmaid's Tale downstairs during this time, but it got interrupted too much with her crying and also I need a break for therapy before I can keep watching because omg. I switched over to Anne with an E.

9:30pm ish: Read until I fall asleep. Sleep until Remi is up to nurse the first time! Eric was able to help a lot more with Dalton at night and usually gave him a bottle for one night feeding which left me with a lot more sleep. Royce was a better sleeper so it wasn't necessary. I could definitely use it this time, but with the boys struggling with sleep, it's all hands on deck and I think I'd rather nurse the snuggly little baby than have to pump and deal with the ones who can argue and negotiate. That's our current day in the life-ish! Usually once a week I'll do some sort of activity with the boys in the morning and then drop them off just for their afternoon nap, which works great because they take it reliably at daycare and it's generally a disaster at home. Weekends are actually crazier right now because Eric bartends, so he sleeps during the day and I am somewhat solo with the kids. Somewhat because I usually take them out to let him sleep, but he is there and I could wake him with an emergency, like that time Royce locked himself in his bedroom. He also gets up with the boys and dozes while watch shows and makes them breakfast, so I get to sleep in a bit with Remi. He's kind of amazing like that.

I'm also going to use this post to answer another question that isn't going to be a full post: my thoughts on the dock a tot (google it, it's a fancy expensive baby thing). I don't get it? Seems like a super expensive dog bed, but I know people who love it so maybe I'm missing something. I've never even seen one in real life that I can recall. All 3 of my babies have just wanted to be held. They scream when they are put down, no matter how expensive the baby holding device I'm putting them in is. Royce was somewhat ok with it but still only napped while held from approximately month 1-2 of life. The carseat/driving was a nightmare for the first 6 weeks or so with all 3 because it was nonstop screaming and me pouring sweat and having a nervous breakdown. Suffice to say, the solution was just to hold them or wear them, not throw money at more baby holding devices for them to scream in. I've heard rumors of other babies that accept being put down in the fourth trimester, so maybe in that case, the dock a tot is a good invention, but no personal experience.


Did your kids let you put them down as babies? I love hearing stories from everyone!