Dalton is turning one next month! I've finally figured out the real reason breastfeeding is recommended for a year. It's so sappy mothers like me who tear up at the mere thought of "my baby isn't going to be a baby anymore!" can be consoled by the fact that soon he can drink cow's milk and stop scraping the ever loving crap out of my nipple.

Anyway, I THINK that means it’s safe to say we have survived the newborn period. I’m not going to spend time rejoicing though, because that means something far more terrifying is coming…toddlerhood.

I don’t think anyone would argue that caring for a newborn is easy, but it is fairly simple. In my experience, the goal was keep the kid alive and pack some weight on him, and try not to lose your mind or burn down your house due to sleep deprivation in the process. There’s a lot of hands on experience, but not a ton of thought that goes into it. Shove boob in mouth, wipe butt, repeat. 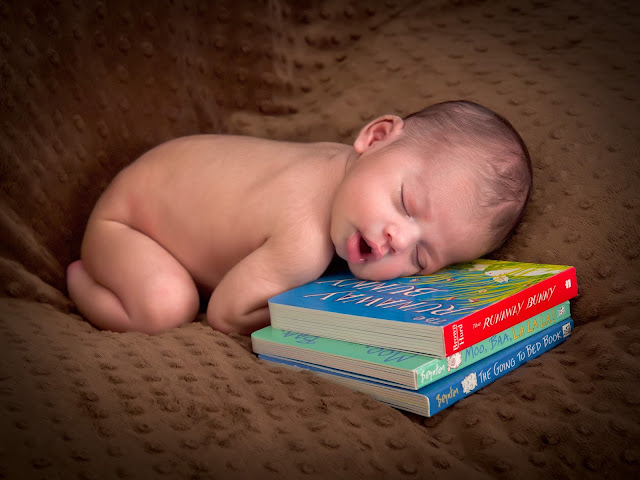 But now, we have to actually think about turning this sweet little baby into a decent person who doesn’t suck and isn’t a drain on society. That sounds so much harder. Sure, I may get more sleep (key word: may) but I have to do really challenging things, like teach compassion.. And tantrums are coming. I can deal with a crying baby, it’s their only way to communicate, it’s not like they are doing it to be annoying. A tantruming toddler…I’m not so sure.

Much like when I was pregnant, I started some research. Reflecting on things, I read a lot of books while pregnant, but very little material that actually helped when the baby arrived. Here’s my thoughts. (I was going to link to them on amazon but I don't know how to profit from that using affiliate links or anything so if you want to read any of them just google it yourself.)

The Happiest Baby on the Block: This was one that really worked wonders on Dalton. I'll spread the gospel of the 5S method until I die, or have another kid that hates it. Naturally, I turned to The Happiest Toddler on the Block to prepare for what’s coming down the pike. I’ll report back on how that works out in 2-5 years. Right now, Dr. Karp, you are my God.

A Panic – Free Pregnancy: This book was awesome. There’s a lot of fear mongering while pregnant. And being pregnant is FREAKING TERRIFYING. It’s not like giving a baby peanut butter fear that right away you can see the outcome. You just have to hope things are A-ok with your fetus. What I found was that if someone heard something once from someone about not being allowed to have something while pregnant, they just took it as the law, and felt free to let you know they were judging you if you did otherwise. This book has actual research on what’s safe and what’s not safe and the varying degrees and basically tells you what you can and can’t do better than Facebook or annoying people.

Ina Mays Guide to Orgasmic Childbirth and Graphic Pictures of Women who Need Razors: No. Just no. My view of delivery (while pregnant) came down to one question: what do I hate more, needles or pain? And all these people (like my mom) were all like natural childbirth yay it’s the best! So I had this brief moment where I lost my mind and was like maybe there’s something to it, how bad can the pain be? I use LOL too much, like many of us, but I swear I actually did laugh out loud while typing that. This book came advised as the bible for people who love pain so I checked it out of the library and read up until the part where they talked about how birth can actually be orgasmic, NOT painful, and there were pictures. At that point I returned the book and solidified my position on team epidural. I think maybe a teeny tiny part of me held out hope that I would have one of those orgasmic deliveries but I wasn’t so lucky.

The Womanly Art of Breastfeeding: Word on the street was to ignore the stupid title and just dive in because it’s worth it. It did have some useful information but reading a book on breastfeeding while pregnant is like studying for the MCAT on your first day of undergrad (probably, I’m just a simple schoolteacher, but it sounds like the same idea). Most people need some help with it but it’s really not a good use of your time to read up on every possible problem and solution because it’s too much for a pregnant brain to retain. Just use the nurses and LCs available to figure things out once the baby arrives.


I did reread some of it when I was looking for new positions as Dalton got older and good thing I didn’t retain it from the first read because it would have made me feel terrible about having a c-section and not getting skin on skin time immediately. And having my baby born “drugged” just so my pansy ass could get some pain relief. I also don't seem to recall a chapter on what to do if your boob blows up like a balloon. Do not read.

What to Expect: This one was fun to read while pregnant, but it got a little redundant, and there’s too much information about what could go wrong. I didn’t hate it, but it wasn’t necessary. I have the one for the first year and I think I read like 3 pages at the end of pregnancy. Pointless. There’s really no reason to read what the baby is supposed to be doing at 3 months old, in my opinion. Just look at your baby and see what he or she is doing. If there’s a problem, the pediatrician will let you know, I’m sure. Otherwise, there’s such a huge range that I think my time is better spent either reading Where's Spot or books on toddlerhood in a likely futile attempt not to ruin my kid.


Healthy Sleep Habits, Happy Child: I borrowed this from two actual real life friends (one had passed it to the other) and it came highly recommended. Not to sound completely stupid and it’s not like I had to have a parent read it for me and explain it, but I struggled here. I would reread paragraphs over and over and be confused about what I was supposed to do. The book says to read it before the baby is born, and I probably should have done that instead of read about orgasmic births. But I tried when Dalton was 2 weeks old and I was all like I’m not sleep deprived and stupid I can totally read. In retrospect, that may not have been the case. I got some good info out of it, like learning his cues and not keeping him up more than an hour, but overall it made me cry because I was doing everything wrong and Eric threatened to throw it away.

The Sleep Lady: Things were all well and good here until she started being all smug and braggy about how both her kids slept through the night by 8 weeks old. Then she starts in with all these detailed nap plans that you need to do in order to get your kid sleeping through the night. Good, thanks, I'll be sure to do all that while I'm at work and he's at daycare. I pretty much stopped there. It might be a good read if you are going to stay home, and I might return to it if I ever sleep train since she has a gentle method. I'm going to write a sleep book for working moms and be a billionaire.

Wonder Weeks: Ok, in all honesty, I perused the book at a friend's house but only actually bought the app and never read it fully. Still, I swear by it. In a nutshell, it explains what in God's name is going on in your infant's head (based on tons of research about brain development) and predicts when they will go through "leaps". Leaps are times when their perception of how the world works changes, and, as probably most of us would, they act bonkers because that's freaking scary. The leaps are based on due dates, and maybe because Dalton was born right on his, it has been extremely accurate for us. If nothing else, it's a much more scientific way to deal with a fussy baby by dismissing everything as just a phase.

That's all that I recall reading, so I'll call it quits here.

Opinions on any of these books, or any other baby books, or how to books in general?

Who out there has had that perfect orgasmic birth? I need to hear about it!
Posted by Alyssa at 8:33 PM