My writing abilities aren't my finest currently. Here's a list of random things on my mind. 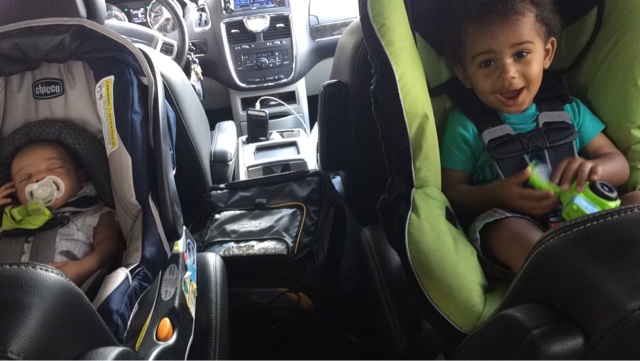 I know most moms do all those things well before the four week mark and don't make a big deal over it, but I still think it's exciting and worth noting. It sounds like I'm getting major wife points, taking both kids on a Friday night and Sunday morning, but it was just so Eric could supervise a school dance and then mow the lawn.

Usually it's at home, reading a book/playing in a room/taking a walk just the two of us. Yesterday, we even went out to Trader Joes. It was really nice to be able to focus all my attention just on him, but at the same time, it felt odd not to have Royce with me.

Much like when Dalton was a baby, I really miss Royce whenever I'm away from him (and I've only actually left the house without him twice for brief trips) and just feel unsettled, like something is off.
It's crazy how when a child joins your family, you truly can't believe there was ever a time without them.
What's your perfect morning? Mine used to involve running, but now it's toddlers and babies, hands down (but only my own).