I've really wanted to post, but, see above. I started this post in a rare moment when both boys were napping. In baby beds, aka on their own. Then it took me all week to keep adding things until it was sort of complete, once again most likely making my writing sub par. Even with both of us here, things can quickly take a turn towards chaos. The other night, Dalton ran into the bathroom, dropped his baby monitor into Royce's bath, then peed everywhere. RIP monitor. Good thing we have a small house.

Here's a little update on how we are all doing. 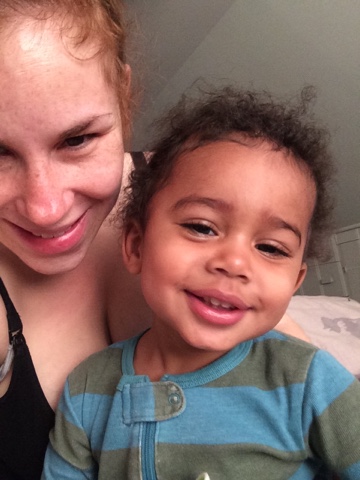 Physically, I can't believe how quickly I felt like I recovered. The first week was rough, and painful. It was hard emotionally not being able to do anything at all with Dalton, other than maybe reading him a book if he sat beside me. Eric even brought Dalton to the bathroom with him because I was nervous about not being able to pick him up when he began his usual death wish activities. I actually didn't really do anything at all, other than feeding Royce, and showering. I think that was the right choice, because during the second week, I suddenly felt like nothing had ever happened. Certainly not major abdominal surgery. Now we are 3.5 weeks out, and I'm feeling shockingly great. I'm still taking it fairly easy,  but I can go for walks, play with Dalton, and basically just behave as a normal human again.

Emotionally, I feel fine right now, but realize that could change at any moment. I didn't get hit with the major hormone crash until more like 6 weeks last time, so it's no surprise that I'm doing well right now. Really, I feel overwhelmingly lucky that Royce is doing so well and Dalton is adjusting. Having this time to be home with my boys feels like an amazing gift, and I'm loving every second of baby cuddles and toddler shenanigans. We've had to really force ourselves to send Dalton to daycare at least a little bit each week (so come August there isn't hell to pay). There's just so many fun activities for kids during the work day, and when else are we going to get all this time to spend together as a family?

I've gotten a lot of comments on how brave I am, going out so soon after having a baby. I'm pretty sure I don't deserve them, especially since I haven't gone anywhere by myself with both kids yet. Yes, I've brought a tiny baby over to a friend's house, but it's not exactly like I'm a solider on the front lines. However, I did go to Storytime at the library the day before Royce was born, and then all four of us went the following week, when he was six days old. So that was pretty fun, since everyone was shocked that I was pregnant the week before and already bringing a new baby! Royce will clearly be a genius, since he's been attending Storytime since birth (and also in the womb). But again, I'm ridiculously lucky to have Eric home with me. I doubt I'd be doing all sorts of stuff if I didn't have that.


Dalton's reaction is so different than I would have predicted, in such a wonderful way. He never really showed any interest in babies. I expected he would be upset with anything that affected him, such as me not being able to play with him when he wanted me to. Honestly, I wasn't even sure he would notice Royce, and if he did, I wasn't sure he would realize he was a human. But Dalton loves his brother. He's obsessed with him!


Every morning, when Eric gets him up, he immediately runs upstairs to see us (but really, Royce). He constantly wants to hold his hand and kiss him, and most recently, hold him. He's unbelievably gentle with him, in a way that he is not with anyone else.

Dalton has paid close attention to how we care for Royce and is always trying to help. When Royce first arrived home, it was still very cold out, so we often kept a blanket on him. Now, Dalton is constantly grabbing his blanket and running over to cover Royce. He helps me burp him, and goes insane with excitement when we say it's time to change Royce's diaper. He RACES into Royce's room and demands to sit on the changing table. His job is to put the dirty diaper away for us. Once or twice, he's even come over and squeezed my boob while Royce is nursing?! Royce hasn't had a bottle yet, but I know Dalton will be thrilled to help when it's time for that. He already found an empty bottle and tried to feed Royce, and he loves practicing the bottle with a big brother book he has. In fact, Royce has already started cow's milk, when his big brother decided to share with him. I'm pretty sure I blotted it all out of his mouth with a burp cloth. Probably.


At his last pediatrician appointment, Royce had already gained almost a pound over his birth weight! So I'd say he's doing great. He's eating and sleeping in intervals around the clock, as newborns tend to do. He's sweet and cuddly and adorable and has that amazing newborn smell and I want to snuggle him and watch him sleep all day. He seems to be adjusting pretty well to life on the outside. I had no idea how sturdy newborns were until I saw one living with a toddler.


We started him on a pacifier and cloth diapers this week. He seems cool with both. Other than that, not much to report. No disrespect to Royce, it's just that he's too little to do much of anything yet. Now that I have a tiny bit more parenting experience under my belt though, I can't wait to see his little personality start to emerge. It's still kind of blowing my mind how much I love him already. 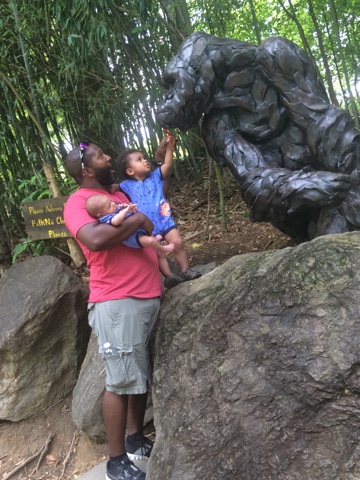 I was going to say more, but I'm really tired and already been working for a week on this post, and I figured he's the family member people are least interested in. No offense.

Royce's stomach is super tiny so he's mainly eating nonstop, which means the divide and conquer strategy has Royce being my little buddy 24/7 and Eric has Dalton. We're doing pretty well with switching when we can though, so we each get some one on one time with the other kid. After a week of being out of commission, I appreciate my time playing with Dalton even more.

Overall, two under two is crazy and awesome.