Dear World: Don't ask a woman if she's pregnant unless the baby is crowning


Today was a really special day. First of all, I woke up knowing I'd have to face my biggest fear this evening. No, not petting a dog. Worse.

Getting blood drawn (for a routine physical next week).

Everyone normal has phobias, but it seems to me that when people say "I'm afraid of heights" or "I'm claustrophobic", these things get respected as real fears. When I say I'm terrified of needles, it's more like "Man up and stop being such a p-word, you loser". Maybe everyone else gets that too, I don't know, but that's how I see it.

So, the day wasn't off to a great start, but I was doing my best to be in denial about what was going to happen. I was innocently minding my own business, when out of nowhere came this lovely question (spoiler alert - the answer is no).

What now? Despite being completely caught off guard and mortified, I gathered my quick wit and came back with this stinging retort.

IT COULD HAVE ENDED THERE. We could have walked away awkwardly, sufficiently humiliated on both ends. I could have consoled myself with something like "she must have had me confused with someone else!". But it wasn't over.

Why did we need to go on? It all could have been over. It's bad enough to imply that, but to come right out and say it? There's no bouncing back from that.

So I did what anyone would do. Scuttled away without replying, went to a dark, dark place in my mind, called Eric, texted all my friends, and posted about the exchange on Facebook and Twitter. I mean, I don't think I have a terrible body image, but when someone basically calls you a fat cow straight to your face, it's a bit of a blow.

Luckily all my friends, both actual and the social media kind, rallied me with stories of even ruder things people said to them, and assurances that I didn't look pregnant (because let's not pretend that I posted that comment for any other reason than to hear "no way you look totes skinny!", but don't worry, I got my fill, not necessary in the comments.)

Suffice to say, I'm pretty sure I won't be posting any bikini selfies after our vacation next week, unless I learn Photoshop between now and then.

The obvious temptation at this point was to go directly home and drown myself in ice cream, because clearly I was already fat and disgusting so I might as well continue to ride that train. BUT, life is unfair, I couldn't, because I had to go get blood drawn.

Eric was supposed to go down with me around 6pm, but I couldn't handle the anxiety of waiting (again) so I told him I was going as soon as I got home from work. I also told him he couldn't go, for reasons that weren't entirely clear, even to me. I think because I subconsciously felt like that if I could drive myself like a Big Girl, it wasn't a big deal.

When I was in high school my doctor suspected that I had mono and I refused to take the blood test to confirm so my mom bribed me with a new sweater, which my BFF Casi and I called "the blood test sweater" for years. It's not socially acceptable for a 30 year old woman to require a bribe from her mommy to undergo routine medical procedures, so I had to bribe myself. With Panera. Not life changing, but it was right across the street from the doctor's office and seriously, if you don't like Panera and not having to cook dinner, you're not right.

After getting past the mental battle just to show up, things began poorly. Right away, the technician asked me if I had fasted. Um, NO, because nobody told me I was supposed to. I was not about to summon the strength to come back and even if I could have, the receptionist had said this was the latest I could give blood before my appointment on Monday.

Luckily it had been almost 6 hours since I'd eaten lunch and I told the lady what I ate (fish and cabbage) and she said it was fine but then I was silently freaking out because I ate this random thing that I got in a race packet in the car on the way over and I couldn't figure out what it was called or how to describe it. 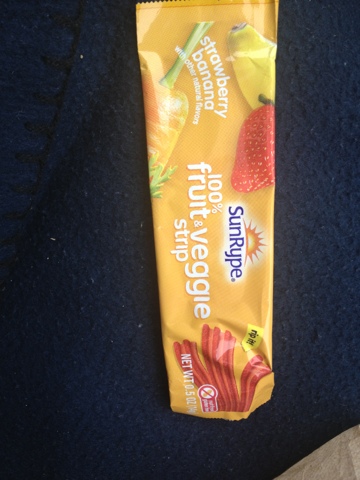 So I was blabbering about how I ate "this fruit thing but it was really small I swear" and she said it was fine and started to get the needle ready. That's when I started to really panic and remembered something else and blurted "I HAD TWO PEACHES AFTER LUNCH" in a volume that was much too loud to be appropriate for that information. Luckily it seemed to clue her in to the fact that I was crazy so she mothered me like I was her own baby and talked me through the whole thing so as a result I survived and I LOVE THIS WOMAN.

And that's the story of my traumatic day. Three positives:

1. I had a great 3.75 mile run.
2. The run was made possible by going to Bikram yesterday! My mom got me two of their ridiculously overpriced classes as part of my 30 for 30 birthday gift and all that stretching really was just glorious.
3. It's pretty much over, and hopefully tomorrow nobody will ask me if I'm pregnant.

Edited to add: my suffering is even greater because I just arrived at the chapters on Theon in Game of Thrones book 5 so now I have to endure that horror all over again in written form and it might even be worse but I can't say for sure because I mainly covered my eyes and ears during his scenes on the show.
Posted by Alyssa at 9:25 PM