I'm back from the great state of Texas! 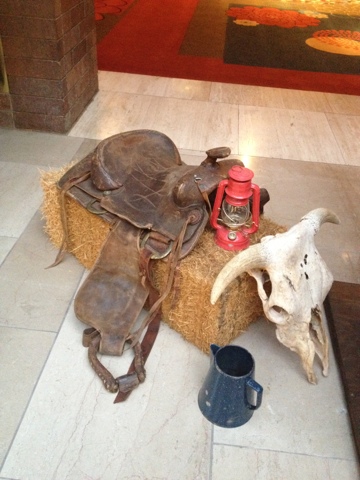 I was there for five days, so I'll share some highlights.

I was there with a bunch of other teachers presenting about our school at a national conference.

The workouts: The timing for the trip was perfect, since I'd just finished my big race and wasn't training for anything. I figured I'd just enjoy the trip, and any exercise I got in would be a bonus.


Thursday: I rode the trainer for an easy hour in the morning before our flight, and called it good. When we got there though, my boss immediately grabbed a class schedule from the gym and somehow I ended up at boot camp. We started out with 12 wind sprints. That was the warmup. On the third or fourth, the attractive black guy leading the bootcamp asked me if I was a runner and told me he could tell because my legs looked like it. Then he told another girl to race me and she said I was too fast.


GAME ON. I was pretty much on cloud nine after that and practically enjoyed the torture. Turns out working out in Texas is amazing.


Friday turned out to be the day from hell, and I didn't have a minute to eat, much less work out.


Saturday I went for a run. I thought I'd explore Dallas, but it became apparently early on that our hotel was an oasis in a wasteland of bail bonds places, gentlemen's clubs, and other boarded up facilities. I braved it for about 3 miles until it dawned on me that the hotel had a jogging path for a reason. I did 5 more miles on the jogging track. It's less than a quarter mile. Good times.

On Sunday I knew I couldn't handle just aimlessly running  a million loops around the jogging track so I turned it into a track workout. I did 8 X 800. I was aiming for sub 3:50, and got them all under 3:55. Sort of a fail, but I hadn't done speed work since February, so not too bad for an impromptu run after a night of drinking in Dallas.


Tuesday - the world's slowest 5K and the first day of a new ab challenge, which Emily does a great job explaining. 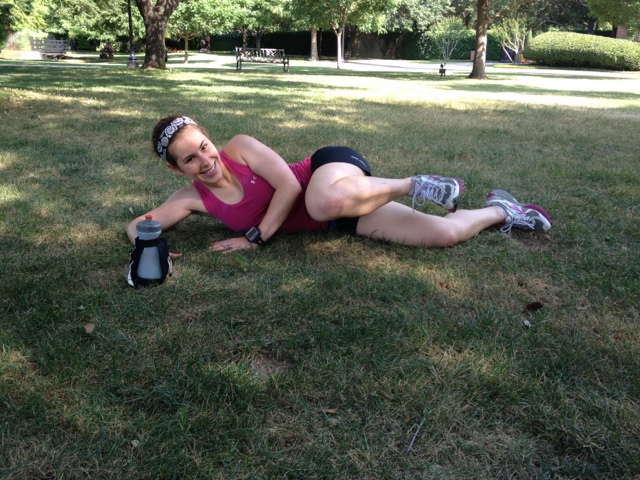 The food and drinks:

Fact - food tastes better when it's paid for by the organization that you work for.
Not as much as I love delicious dessert though.

They didn't cover the booze but you really can't go wrong with a watermelon mojito with fresh watermelon AND fresh mint. Especially when you consume it at the pool bar.


On our first night out in Dallas, we asked the concierge to call us a cab to go downtown, and he told us for $5 a person we could take a limo instead! SOLD! 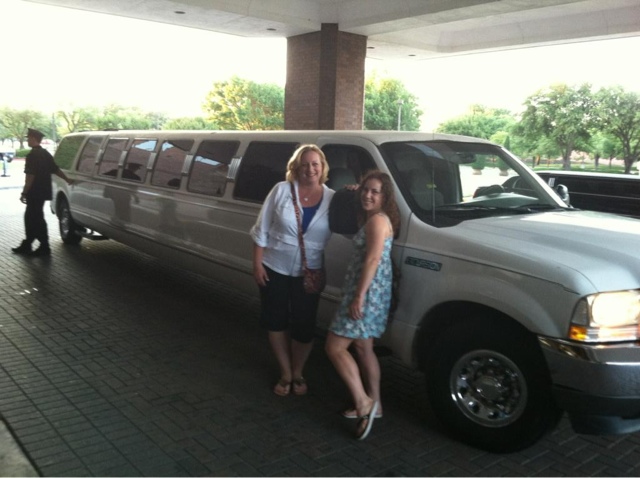 Friday night there was a reception for the conference. Long story short, I didn't really get to attend based on the aforementioned hell I was in, but I did run in briefly to grab some free tacos and hop on this bad boy. (You must sign a death waiver, and you're not allowed to wear shoes).

On Sunday, I took a quick shower after my run and went to the first session of the conference. I'd felt great on the run, but suddenly I got super nauseous (nope, still not preggers) and a fever and chills hit me and I spent the rest of the day Sunday and all day Monday in bed. I even had to miss the Diamonds and Denim Gala!


Now that I've been home for a day, it's time to unpack and repack - we are leaving for the Outer Banks on Friday! We are renting a huge house with five other couple friends, right on the beach. Plans include drinking all day, lying on the beach, and eating ice cream. How jealous are you?