Kinetic Half Triathlon - the aftermath

If you have ever considered a triathlon, here's some good news for you - the soreness afterwards in minimal to non-existent.

I did wear compression like it was my job for the rest of the weekend. 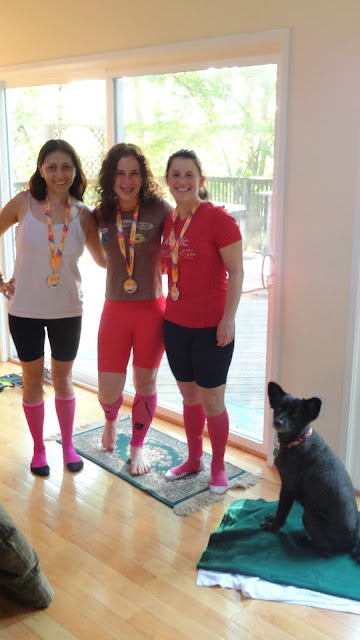 I also used The Stick, so maybe that helped. 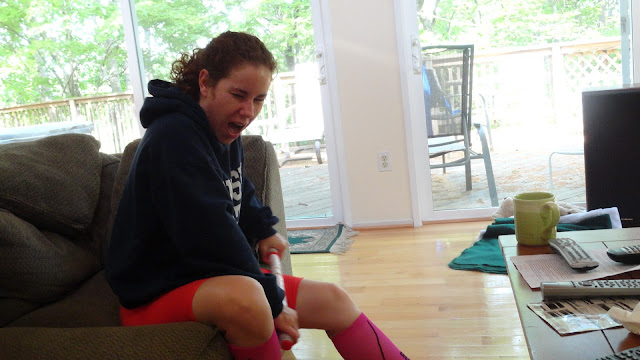 I'd heard that I'd be less sore after a tri, but was doubtful until I experienced it for myself. Unlike a marathon, where you spend four hours doing the exact same motion, with three sports, you are using all different muscles, so none of them really get over taxed.

The worst part of recovery was my sunburn, and even that wasn't bad. I did reapply sunscreen in T2, so I can't imagine what I would have looked like if I hadn't. 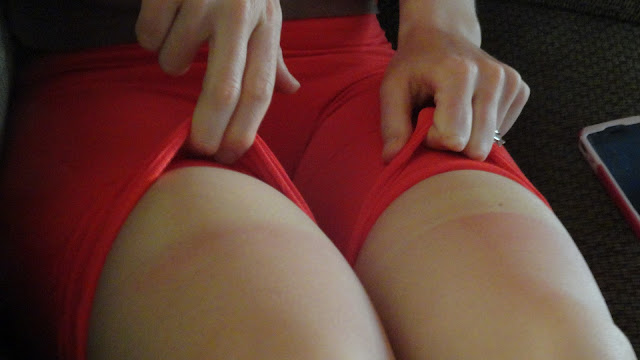 The other problem I experienced after the race was my stomach hating me. That's not exactly new, it tends to happen after my first hot race of the year. I just sat at the dinner table sadly trying to sip Powerade and not puke while everyone else enjoyed the grilled feast that we'd had planned.


No worries, my hunger returned full force on Sunday, and I ate nearly an entire pizza.


70.3 apparently changed me for life. I don't mention it too often, but I am a vegetarian, and I also hate animals, especially dogs. Sunday morning, Dan cooked a big pan of bacon and brought it right over to the rest of us lounging on the couch. I dug right in and enjoyed three salty, crispy pieces.


Then the dog tried to get in on it, and while I sure as hell wasn't sharing my bacon, I did laugh while she licked my face. 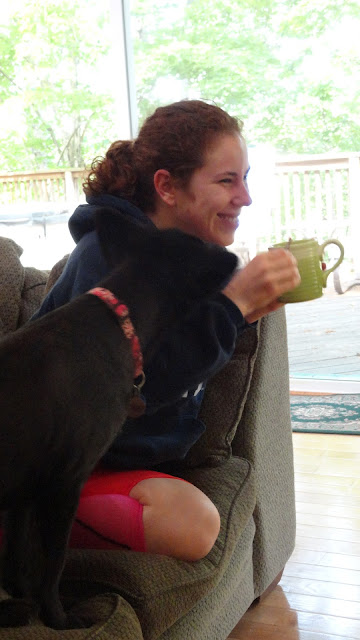 NOTE - I still don't like YOUR dog, so don't expect me to. Maddy is an exception.

We had the house as long as we wanted on Sunday, so we put off driving back so we could enjoy some of the amenities that we'd been too tired for on Saturday.


To prove how not sore I was, we tackled these steps to check out the private dock.

We got to go tubing! Check out my expression, the water felt a lot colder than it had the day before. 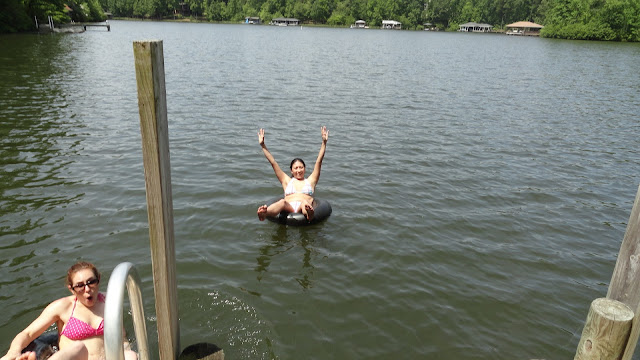 It felt great once I adapted though.


There was a basement full of games too! I came so close to beating Eric at Foosball. 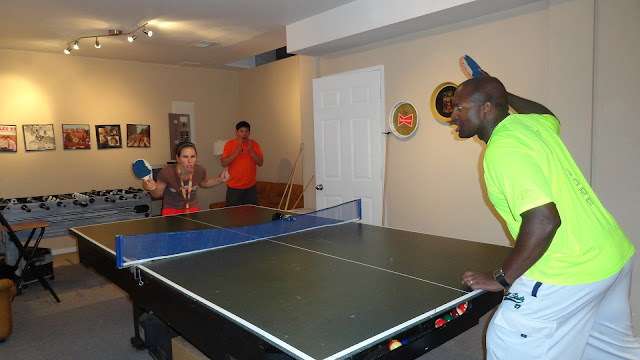 Sadly, the weekend had to come to an end and we finally left for home around 5pm.


I went for a 6 mile slow run this morning, after a full 3 days off. Honestly, I felt fine, and could have worked out, but I'm not about to waste an excuse for rest days like "I just did a half ironman". The timing worked out pretty well, since this week is jam packed. I present my final project to my grad class tonight, leave for a conference in Dallas in the morning, and I'm presenting at the conference on Saturday, so a little time off from exercise to work on those presentations was much needed.


I actually don't know if I'll be able to blog in Dallas, but I know how my loyal readers worry (there was some discussion on twitter after GORUCK about whether or not I was dead!) so I figured I'd give you the heads up. If you don't hear from me until Tuesday, it's because I was too busy riding bulls and laying by the pool soaking up all the knowledge from the conference.
Posted by Alyssa at 8:12 AM