Christmas 2013, the most creative title ever


In light of the holidays, I ventured out of my introvert bubble and actually spent the weekend doing things and seeing people. Most notably, meeting my friend’s adorable new baby. ﻿﻿ ﻿ 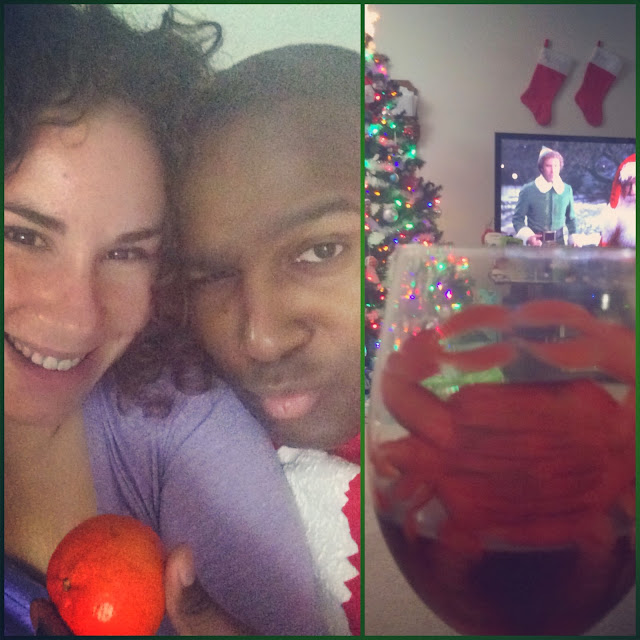 I know every family has different Christmas traditions, but it turns out they have a couple of the same ones as my family.


1.       The mad dash to do all your grocery shopping before the stores close on Christmas Eve, which leads to inevitably forgetting a crucial ingredient, and that results in one family member getting nominated to do the mad dash to find a store open on Christmas day.

No offense to Christmas, but I don’t beat Eric at games that often, so this may have been a high point.

I was born without a competitive bone in my body, and he was born with enough to make about 20 more skeletons. Side note – the words with friends board game is way harder than the mobile version! You have to actually figure out what to play before your turn, and not just randomly place letters and see if it’s a word 20 times.


My 100 miler training technically starts in 4 days. That came up quite quickly. I’m still on a running break until then, meaning I don’t have to run unless I want to. It was pretty easy to want to last week in Maryland, since the weather got up to 70 degrees Sunday. I ran 5 miles outdoors Friday, Saturday, Sunday, and Monday, and each time I wore a t-shirt and shorts.


Ohio was a little different. I woke up to this Tuesday morning.


Still, there was no snow on the ground, and no other options for exercising, so I bundled up and went for it. I went three miles and felt great, then I turned around to head back. It turns out that the way back was into the 20 mph winds, and in the great Midwest, there’s no elevation or anything buffer you. I made it though, and then repeated the 6 mile route the next day. On Thursday, it had warmed up to 30, feels like 19, which felt like a tropical vacation, even though it had snowed the night before so the ground was nice and slippery. I’d slept too late and only fit in four miles, but since I’m on a training break, who cares?


That's all over now though. We arrived in New York last night.
My sister got the Cards Against Humanity expansion pack for Christmas.
This morning, I considered my choices. 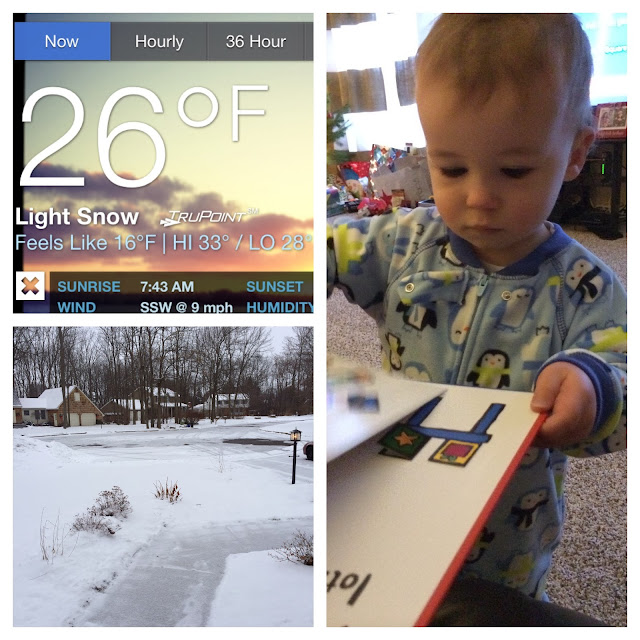 See ya in Maryland, running.