Happy Mother's Day! It's a little intimidating now that I'm officially applying for the job. Luckily I've had some time to study the world's best role models.


It's been an unusual week of Instagram worthy photos, and when you don't have children, pets, and are against gratuitous selfies, that's kind of a big deal.

On Wednesday, we celebrated our healthy baby BOY in the best way - with tons of food. Our absolute favorite food ever is Ethiopian, and we had been saving a Groupon for a new place downtown.

Then we used a gift card to "toast". Note to self - this is the best gift for a pregnant woman.


The cruise is essentially an adult frat party on water, so going sober could have gone either way. While the jokes the pirates told weren't as funny as I remembered, it was still a good time. Plus, Eric got a DD and I felt great the next morning. Win win.

She ran the Delaware Marathon, along with her cousin. I ran it last year with Kari and Ashley, and we all had awful races, so I had no qualms about staying on the sidelines this year.

I spent Saturday night in Delaware helping the marathoners carb load, and then ate Reese's Pieces in the glorious hotel bed while watching Forrest Gump. The baby is clearly a peanut butter fan, because he was going crazy and moving more than I've ever felt him.

The race began at 7, and my alarm went off at 5:50. I woke up, then realized that one of the many advantages to cheering, not running, was getting up at a normal human time. I went back to sleep until 8. 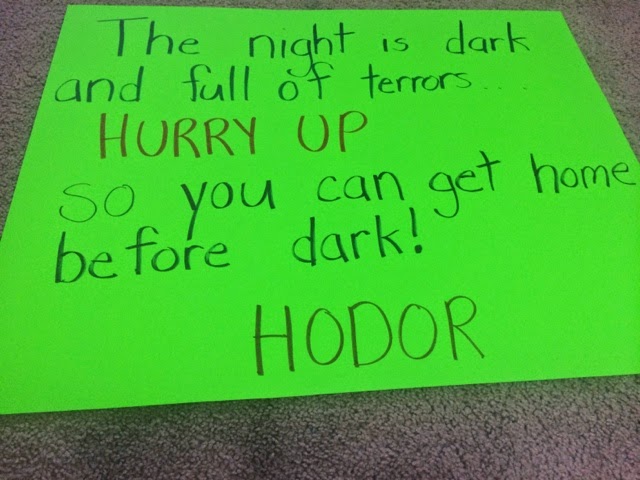 I knew it wasn't for everyone, but I was going for that "OMG AMAZING" reaction from the runners who do make good choices in life and entertainment. It turned out that describes exactly one Delaware marathoner. Based on the likes I got on FB and IG, something doesn't add up.

My favorite running buddy, Lily, and I have done a lot of running and racing together, but never spectating. We staked out a spot at mile 14/16 (out and back) and had fun screaming all the marathoners' names. I love when they put them on the bibs. We had a pretty gorgeous view of the water and the weather was perfect for cheering (horrible for running, thank god I wasn't doing that). 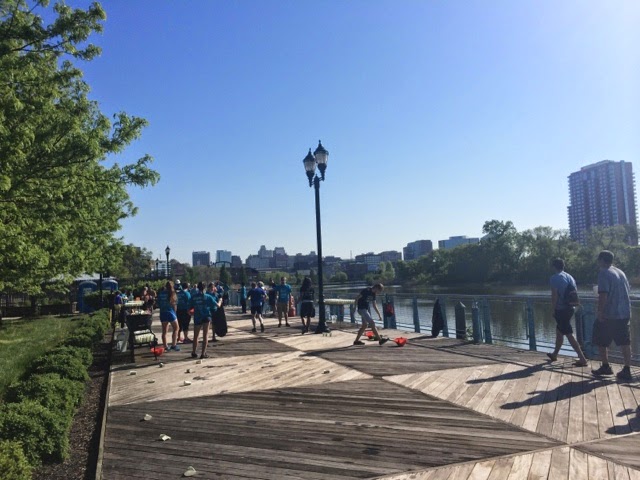 Our grueling cheering schedule didn't allow time for meal breaks. Lily's aunt saved our lives by bringing us clementines and tiny drinkable yogurts. I'd never seen such a thing, but she assured me I would once I was a mother.

That fueled us enough to do a 30 minute run. I don't know how the marathoners did it, that was more than enough for me. I'm starting to understand the side eyes I get when telling people about my hobby.

I get a lot of grief from my friends, coworkers, students, strangers, etc for my devotion to sunscreen, even those in the medical profession! Well, it's not just for fun. Check out what happens when I miss a spot. 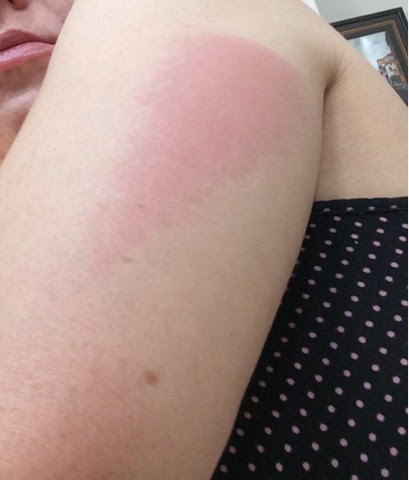 Since my own child is only halfway cooked, I was counting on next year being my first official Mother's day, and just focused on celebrating my own mother and MIL. But I got some sweet texts and Eric surprised me with a really thoughtful card (he's more the funny card type, so it was notable). He also got me two little gifts.
At first I wasn't sure where to wear this item, but I decided it was perfect for some sort of pregnant bachelorette party. I already have one fellow knocked up friend committed.