The Most Restful Rest Day

Kara just did a post on how she spends her rest days - and it sounded pretty similar to my own. Not the actual activities, but the fact that while they may be days off from exercise, they aren't generally totally restful. I usually get up the same time that I would to work out, and spend the extra time doing work for grad school. Or grading or doing paperwork for regular school. So while my body loves the rest, these activities are generally boring and I'd much rather be running. I usually still feel great for my run the next day though.
Last week, I was amazed when I didn't feel at all tired after Thursday's 4am long run, or Friday's 5am long run, or Sunday's  road trip from hell. "Oh yay, I have so much energy, I feel great, 50 miler training is a flipping breeze!".
Well, it hit me. Monday, I felt like my brain had been hit by a sledgehammer. I couldn't even fathom making lunch when I got home from work, and when I have a fridge full of delicious farmer's market vegetables, it's not like me to let them rot while I hit Subway.
I actually did have a workout planned - Lily and I were supposed to go for a bike ride, but thunderstorms canceled that plan. I think it was for the best.
It was the perfect storm. Workout canceled, no schoolwork, no grad school work, and my apartment was the cleanest it's even been thanks to Eric's hard work over the weekend. I rested like a freakin champ.
Eric and I spent the entire day on the couch either watching movies, or dozing. We watched "Take Me Home Tonight", which was decently funny, and Hall Pass, which was actually pretty good. Lunch was subway, dinner was leftover pizza that Eric made for Nicole and I last week. AKA, no work or cleanup was required for either meal.
IT. WAS. EPIC.
Usually I feel guilty and start cleaning or get cabin fever and go somewhere and can't ever spend a whole day just sitting on the couch like that. I guess that whopping three hours at work in the morning took care of those urges.
But, we have a bit of a problem. Next week I start school (as in, actually working FULL TIME - oh the horror), the week after that grad class starts up again, and 50 Miler training is just beginning. I'm seeing some serious exhaustion in my future.
How do you take rest days? Do you ever succumb to absolute, complete laziness like me?
I think a day on the couch is a must every so often.
Do you find this picture as hilarious as I do? 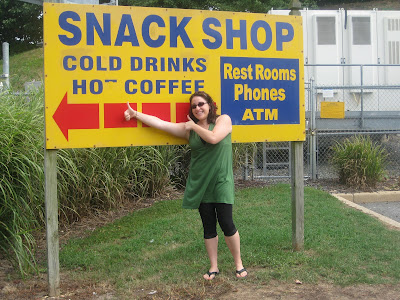