On Sunday I joined a local running group for an easy recovery run. I love running with groups and getting to know new people. I highly recommend checking meetup or just googling groups in your area if you are looking for fellow runners. We did a 4 mile paved trail around a really pretty frozen lake in Columbia, I wish I had brought my camera! After that, a few runners were adding another loop for an extra 1.5 miles. Three guys were just enough ahead of me so they were about to be out of sight, so if I planned to add the mileage (which I did) I needed to catch them. And the recovery run turned into a tempo run. I haven't found anything yet as motivating for speed as thinking you are going to get lost forever in the woods like little red riding hood unless you run fast enough to catch up. 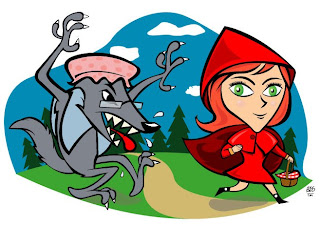 Trust me, its happened to me at least twice now. When I finally caught them they were really nice, although we were about a tenth of a mile from the parking lot at that point.

After that I finally tried out some bikes! My friend Mike is like a mini Lance Armstrong and seriously does 100 mile or 150 mile bike rides almost every other weekend in the summer (in addition to marathon training, of course), so he took me to Race Pace, where he gets all his bike supplies. It was a great store and they were extremely helpful. You can actually put a bike on this holder thingie and ride it in the store!

I had no idea how much there was to learn. I'm a runner, so once you master one foot in front of the other as a baby, you pretty much know all there is to know. Bikes are a whole other world. I learned about different types of bikes, shifting, proper form, attire, and a whole bunch of other stuff I probably already forgot. I picked out a type and brand I liked (road bike, Trek, 47 inch), so once the weather gets above freezing I'll go back and try one outside. Which is good, since I've ridden exactly 8 miles in my adult life, and I have this whole triathlon thing coming up....

Sunday night we made an awesome dinner so I felt it was photo worthy. We decided to make fish and remembered that Santa had put this under the tree for us 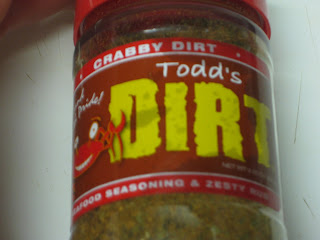 AMAZING! If you are familiar with Woot, it actually arrived in a Bag of Crap. If not, ignore that last sentence. Eric put it on some tilapia with some flavored olive oil. I also made Thai Spaghetti Squash, from my new BFF here: 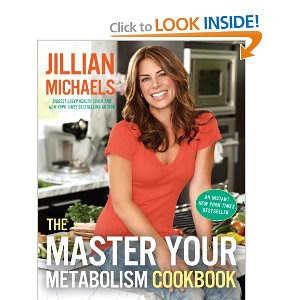 and I defrosted some beer bread I made last weekend due to a random craving + me screwing up the breadmaker. I used this recipe and a bottle of Blue Moon, and it's like crack. Take 5 minutes, make some and thank me later. Then come back and curse me when you've eaten half the loaf. Wait, maybe that's just me.

So we had what was our usual date night: eating at our dining room table in pajamas, then finishing folding the laundry while watching reruns of The Office. What can I say, I live a glamourous life. 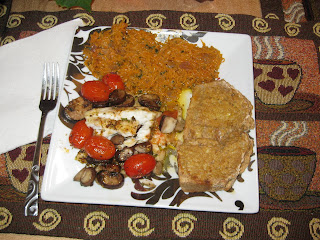 For those familiar with my girl here:
I started week three and forced myself to take the harder options along with "B" - adding weights to long lever crunches and getups, and changing spiders to spiders with pushups. I did it last night and this morning and, as usual, I love/curse her the whole time. I did feel at the end of week two it was getting SLIGHTLY easier and I could get higher during the "getups". 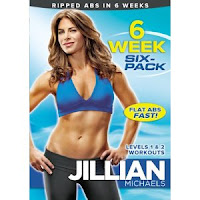