So I really never intended to be like Janae and "accidently" run a ridiculous amount of miles, but it happened, due to utter and absolute lack of any sense of direction.
My training plan called for 15 miles, so Mike and I headed to Patabsco State Park and the BWI trail to knock em out. It was a gorgeous but hilly and windy run. I wanted to do a trail run, but after about 2 inches of rain yesterday, it wasn't happening. Check out Niagara Falls here. 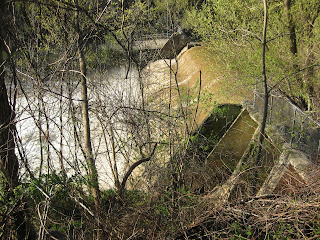 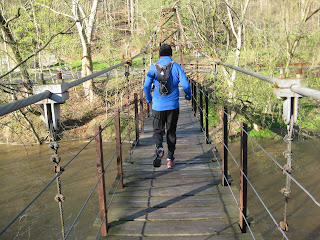 We ran across this really scary swinging bridge. 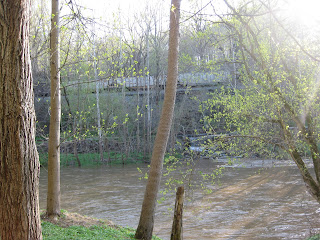 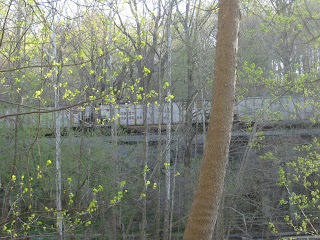 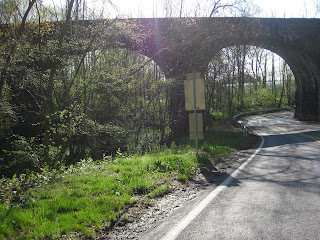 One of the first railroad viaducts that connected Baltimore and Washington during the Civil War. 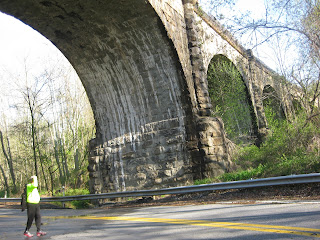 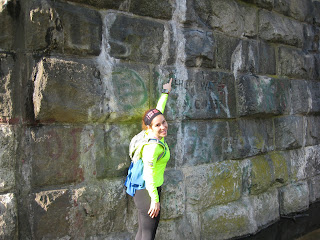 This is how high the water rose during the flood of 1933. I knew you came to this blog for a history lesson. You're welcome.
We came across a snake and I crushed it when it jumped up to attack Mike. That's our story. 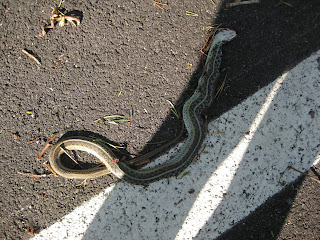 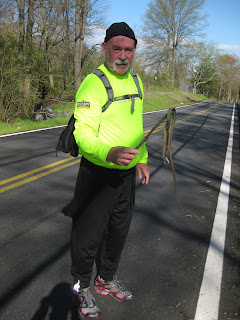 So while I've been reading blogs and hunting down penis straws, Mike was in Columbia on a medical mission to help people in need there. Ya, he's a way better person than me and basically amazing.  But, that didn't give him much time for running so around mile 14 we split up so he could take more walk breaks. He told me about 400 times to just go straight and I'd get to the car.
We thought we'd end up with about 16 miles, pretty close to our original goal. I was running straight for awhile, praying I was going the right way, and I was really excited when I got back to the swinging bridge. Did I mention I had accidentally left my phone at home, aka I was screwed if I got lost?
After the swinging bridge it suddenly seemed so much further back to the Niagara Falls dam and the car. I finally hit the dam and was so happy to be done, at close to 18 miles.
There was no car.
I was on the wrong side of the river.
I wasn't supposed to go back over the swinging bridge.
I wanted to burst into tears when I realized I now had to go all the way back to the bridge, across it, and all the way back to the dam, and I needed to do it pretty DAM fast (hahah get it???) because Mike was now going to beat me to the car, wonder where I was, and have no way to get in touch with me.
Nothing like a little need for speed to make the end of a 20 mile run fast!
When I finally found Mike at the other side of the dam, I was at 19.22, and there was no way in hell I was going to lose the chance to hit 20 after all that. Mike drove along side of me for the last 3/4 of a mile, and said he really preferred that method of running with me. 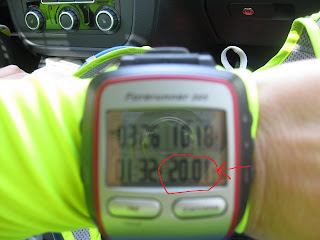 People who take good pictures of their Garmins, please email me your tips.
I didn't plan to run 20 miles so I only took 2 Gus and did not bring nearly enough food. I was craving almond butter and veggies like crazy so I stopped at Trader Joes on the way home. They were out of almond butter (sad!) but Eric made me a killer egg scramble with the veggies I bought. I've never craved veg after a run, but it worked.
Get ready to be shocked - when I got home it was time for ice bath number 2! No screaming this time! 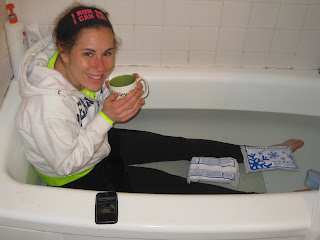 I discovered a new favorite Gu on this run. I could have just found it on google images, but I thought it was better to carry the wrapper in my pocket for 14 miles to show you. 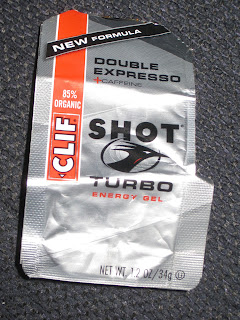 Now I'm chilling and blogging in my sexy hospital compression socks, and basically feeling like an idiot for getting lost but awesome for running 20 miles. 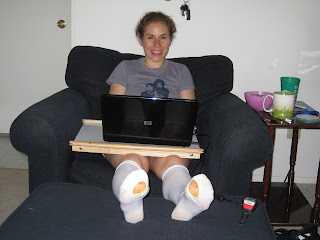