I made it!!!!!
I officially refuse to answer to Mrs. Lindsey for the next 9 days and also refuse to think about children or school, except grad school :( 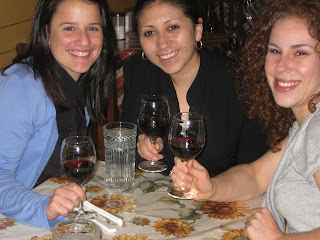 I was a little worried it would be weird to hang out without sweating and having to stop stories halfway through while we gutted it out up a hill, but girls night with two of the best running buddies ever was so much fun.
As many of you agreed in yesterday's comments, this was the perfect girls night. (And BTW, Emily, I have no idea what the harness was for, I was too busy counting children to make sure I didn't lose any I didn't read a single scientific fact at the museum). It even turned out the restaurant was BYOB, and we were the only customers. We feasted on amazing Ethiopian food and delicious wine (this just in, my tolerance is ZERO. LOVE Jackie for driving.) 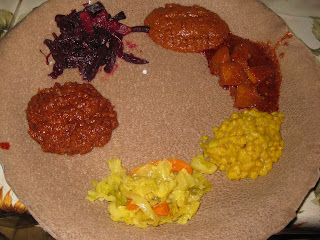 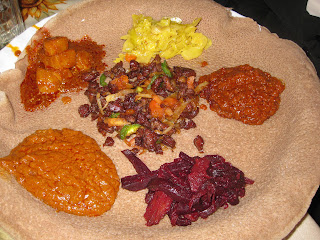 Carnivore version
The second we got back to Jackie's house we put on PJs, had more wine and marshmallow blondies, and hung out and watched How I Met Your Mother reruns. It's like we were separated at birth. I was so loving life.
We woke up in the morning and headed out to do two 4 mile loops (we wanted a drink break/chance to drop layers) in Jackie's neighborhood, right near Federal Hill in downtown Baltimore. We ran around Fort McHenry (the place that was being bombarded when Francis Scott Key wrote the national anthem - don't worry I wikipedia-d this time to avoid any further historical inaccuracies on this blog, god forbid) and saw some sort of revolutionary war reenactment being practiced.
Mile 3 hit and we were bombarded with a torrential downpour. Going back to drop layers turned into going back to get rainjackets. 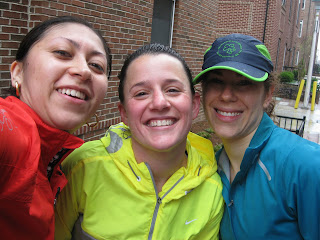 The wind and rain were insane for the last 4 miles, but it made us feel hardcore, so it was all good. We were soaked after 8 miles though. 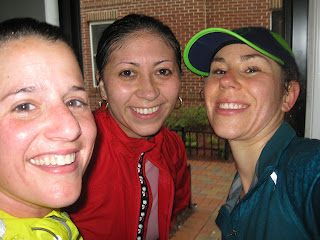 After that I headed to my friend Mike's grandson's first birthday party. 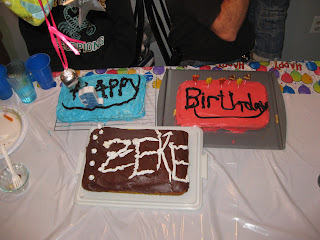 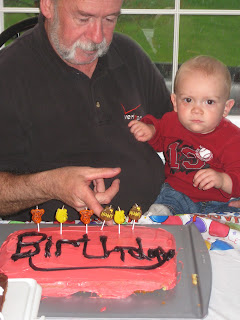 I didn't know a single person and am totally awkward around both strangers and especially babies, so it was an ugly scene of awkwardness all around. I didn't know what to do with my hands. All his friends and family were super nice though, so I had fun once the awkwardness died down a tad. 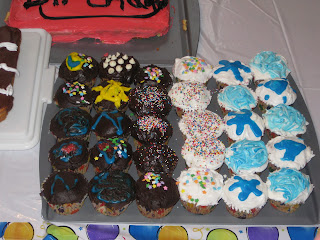 It was also a sugar and frosting fest all around, and I think we all know how that went down for me.
Can I please enroll in some sort of frosting addicts anonymous that conveniently meets right before and in the same building as "I have no social skills" anonymous? 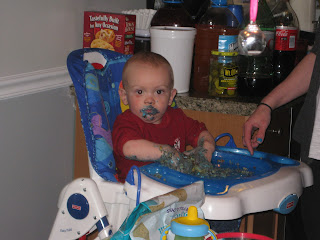 Yup, only the baby attacked the frosting. Definitely no one else I know.

Something super exciting is happening tomorrow I think but I am not saying anything until it's final, but trust me it's cool!

What "addicts anonymous" group do you wish met at your house? Or am I the only freak who wishes for these?
Posted by Alyssa at 8:59 PM