Returning to running (and blogging)

I can't believe I went this long without posting! I've been trying to get caught up after being sick, and sometimes after doing hours of grad work on the computer, the last thing I want to do is look at the screen for one more minute. But I plan to resume my normal blogging and blog stalking now. I miss all my blog friends. Here's what's been going on with my marathon training.

My bronchitis seems to be gone (knock on wood) - YAY! I did a 13.75 mile run on Saturday, and it was really tough. I was having trouble keeping up with my friends that I normally run with easily.

If you are a Jim Gaffigan fan, you know what he says about getting a gutter ball when you're bowling, all the sudden everyone starts treating you like you have cancer, giving advice and encouragement, while you're just pissed at yourself. If you don't know who Jim Gaffigan is, download him immediately, he's hilarious. Eric and I listen to at least one of his cds on every single road trip. 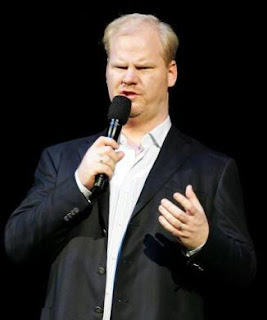 Maybe another reason I haven't posted was that I was waiting for a good run, really all my runs this week have been duds. I guess that's what happens when your lungs still aren't 100% but I feel slow and lame. My 5 mile "easy" run Monday felt waaay too hard and was ridiculously slow.

Things are slowly looking up though, I did 800 mile repeats on Tuesday, and felt like I was going to die, but I kept thinking "is this normal feeling like I'm going to die, or do I feel MORE like I am going to die than normal?". It's an important question. I still haven't figured it out.

Any muscle that I don't use for running has completely atrophied and is now a ball of useless fat. All my hard work with Jillian's 6 weeks to 6 pack abs is slowly coming undone. I did Jillian Micheal's No More Trouble Zones yesterday, and if you've never tried that DVD, it will make you cry and curse at the TV.

The last time I did it was 2010 so I knew it would be tough, but it felt good (afterwards). My abs are totally feeling it today, which is a bit disappointing, because they are supposed to be in great shape.

I just finished a 6 mile tempo run, which I am super excited about because I haven't done a tempo run in....3 weeks? And that was my 8 miles of misery. As you may have heard from Al (Roker) the Northeast is getting hit with massive rainstorms. 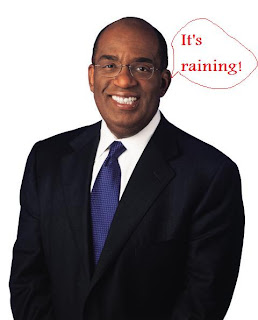 I really considered running in it, but I feel Mother Nature and I have battled enough this winter. So I wimped out and hit the treadmill. I did 4 miles at tempo pace, the first 3 about 8:30 and the last one at 8:13! I feel like I might be back in action.

I have actually had a social life this week (one that doesn't involve the DVR and the couch) and I think I'm going to post about it later!
Posted by Alyssa at 8:09 AM