I'm running my second 50K with Kara on Sunday. Normally I'd be spending this week totally freaking out about it, but since the website provides absolutely NO info about what to expect during the race, and we haven't gotten any emails, there's not much to panic over. I tried to download the trail guide from the state park website, but apparently the PDF is "out of stock". WTF.
So basically taper week has consisted of half - assing my workouts, and drinking even more water and powerade than normal. I also started summer school, so that combined with grad class has been keeping me busy.
Monday morning I went swimming at the YMCA. After open water swimming, I am starting to realize how much I hate swimming at the YMCA. I suck at keeping track of laps, I spend the entire time convincing myself not to stop, I can't stop thinking about how many kids have peed in that pool, and the chlorine makes me sick. I was pretty excited after my first open water swim to discover that being nauseous, dizzy, and totally disoriented was NOT just a natural result of swimming.
I got there right as the Y opened at 5:30, and was ready to swim by about 5:34. Two other swimmers were just sitting by the pool, apparently waiting for the lifeguard. After about ten minutes of waiting, I asked them if this was normal, because I've never seen it. They told me "Oh, yes, Amanda's been having trouble getting up lately". Hm, interesting. Apparently Lifeguard Amanda's employer, the YMCA, was totally fine with her strolling in to work whenever she was able to rouse herself out of bed. Unfortunately, I didn't quite think that explaining howLifeguard Amanda was having trouble waking up would quite fly as nicely with MY employer, so I hopped in and got started. Good thing I did, because she didn't show up until 30 minutes later, when I was leaving the pool.
I was a little extra speedy because I was motivated to get the laps in before someone from the front desk realized there was no lifeguard and kicked me out. Thanks, Lifeguard Amanda.
I headed back to the YMCA after work and class for some yoga, and that teacher apparently had a little more respect for the clock than Lifeguard Amanda.
Tuesday I figured a workout on my own schedule might be more beneficial, and since it was over 100 degrees out, I went with the elliptical and some free weights. Since we don't know anything about the aid stations in the race, I better be strong enough to carry a lot of Gus and potatoes.
Eric just got hired by my summer school to be a personal assistant for one of my students. I can't believe we're working together now - hope he doesn't pull anything laughing when I sing the alphabet song.
Do you get annoyed when people are late? Clearly I have a little trouble with it - not so much if a friend is running late or something but when it's going to make ME late and there's no good reason for it, I lose patience!

Sorry this post has no pictures, so here's more funny ones of Eric, from Black Friday 2008. He stayed up all night waiting for the xbox to go on sale, then stayed up all day playing xbox, then went to the bar with us, then passed out. Then we had some fun. 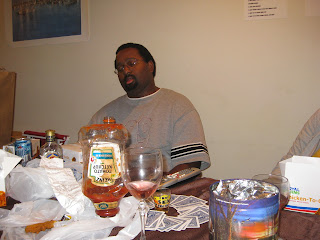 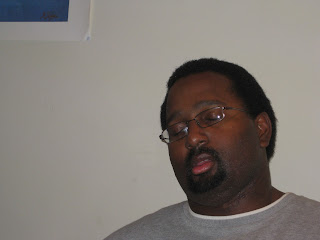 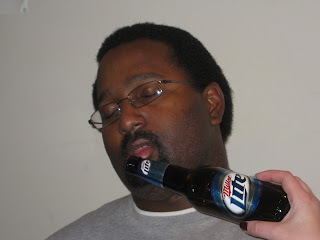 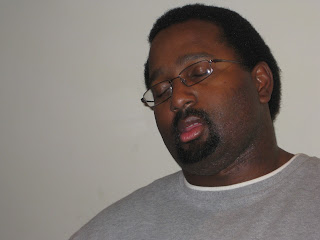 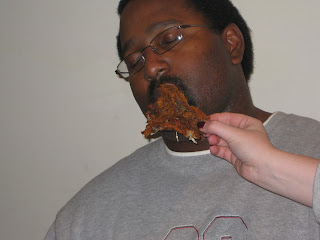 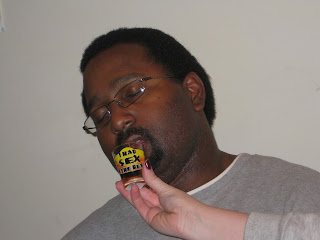 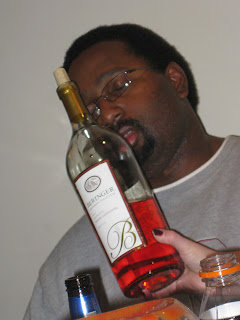 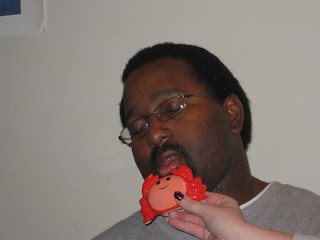