Please note - this recap is being written under the influence of wine and extreme exhaustion.

3 years ago today, Eric and I were up early to head to our wedding site to set up our favors, seating, chart, etc.

Today we were up at 4am to head to Rosaryville State Park for a trail race! 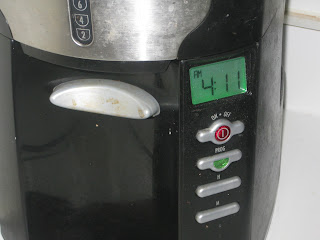 Coffee was extremely necessary.
I had a slight panic attack when we arrived at the address to the state park and there was nothing there, but due to Kara's patient guidance we were able to find the race. 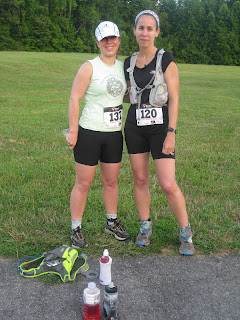 Before pic - clean and fresh. 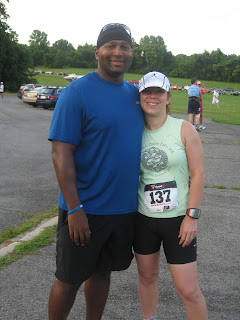 I said goodbye to Eric bright and early as we headed out for the 50K and he got ready for his 10 mile race! So proud of him!!

Kara referred to our previous 50K, the Northface Endurance Challenge, as the Cadillac of ultra races. This was totally true. That race had Dean Karnazes giving us high fives at the start. This race started with about 70 people standing around and a race director yelling "Go!" as we ran to the parking lot past all our cars. 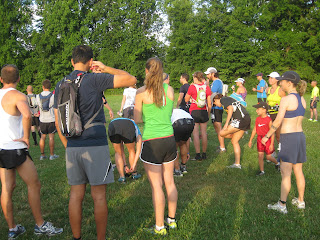 Despite the craziness of the email on Friday, we did in fact do 3 loops, of somewhere around 10 miles each.

After nearly 6 miles, we came across the first aid station, and were super excited for food. Apparently the 50K runners had to run down a road around a cone before eating, while all the other runners could just chow down. What a tease. 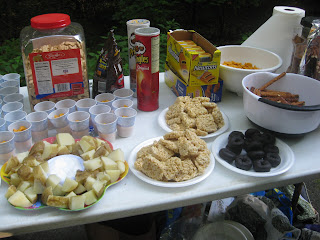 The last race may have been fancy, but this race had amazing aid stations with absolutely wonderful, helpful volunteers. I was really impressed with all the food and how hard the volunteers worked to help us have a good race. I may have eaten a little too much because I did sort of throw up a bit but I was in the middle of listening to a good story Kara was telling so I just drank some water and kept going and told her like 20  miles later.

I think I ate about three full potatoes during this race. I couldn't get enough of them dipped in salt.

We were cruising during the first loop and finished in just over 2 hours. We only walked up one huge hill, and ran the whole rest of the time. The race offered a 10K, 15K (Eric's race) and a 25K, and those runners kept whizzing by us, which was frustrating on the skinny single track, and sort of playing mind games with us, even though we knew they had a much shorter way to go. After awhile though, it's demoralizing to get passed constantly! Everyone was really nice though, saying hi, asking how we were doing, thanking us for letting us pass them.

In the second and third loop, temperatures kept rising, our legs were feeling the burn, and keeping up our original pace as it grew hotter and hotter just wasn't happening. 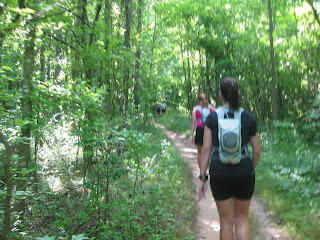 The walking increased quite a bit in the second and third loop.  We also had to avoid mountain bikers quite a bit. The course was deceptive - all rolling hills. Nothing huge like at Northface where you are just staring at the top wondering how you will ever get there, but creepy, slight inclines that kill your legs over time.

We were chatting away and having a great time and I really felt the first two loops flew by. I love trail runs because it's just so relaxed - if we didn't feel like pushing it, we took it easy, and the goal was too enjoy the experience, not kill yourself to get a certain time. Quite a bit of the time it was just the two of us, the only difference from a training run being the fact that we were wearing bibs!

Sometime during that second loop Perry, Kara's running group buddy, called her and said he had started out too fast, dropped out halfway through, but now felt better and was going to meet us at the aid station and join us. Having a third running buddy made it even more fun, especially as the delirium really kicked in.

I tried coke. I loved it. 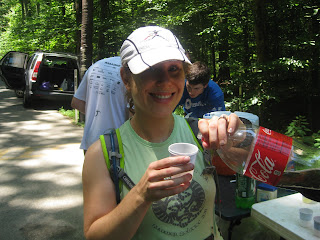 After we passed the second to last aid station, our Garmins were all totally off and there was no way of knowing how far we had left. I thought it would mess with me more but actually I was pretty content to just keep running. We were pretty quiet at this point but I was still feeling relatively good, and oddly not desperate to get to the finish.

Now, I know my Garmin was messed up due to satelite being lost in the woods, but what a cruel joke on a Garmin nazi like me. 29.97. You know I turned it back on to walk to the car so I hit 30. 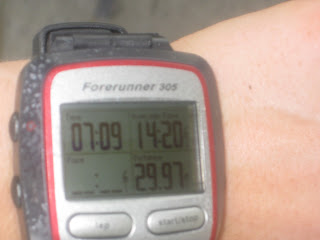 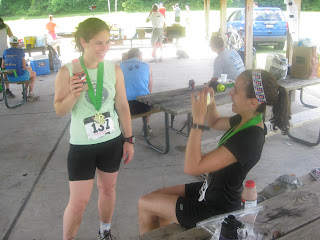 We love our chocolate milk. 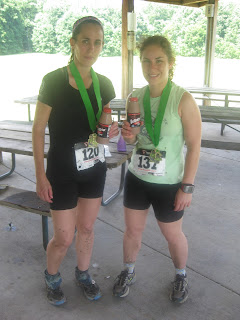 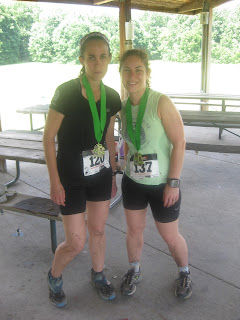 This one just about sums it up. 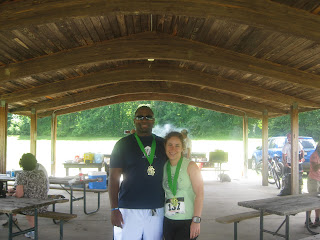 The race director let me bring a veggie burger to grill! 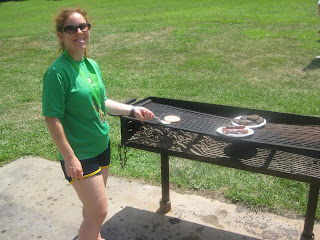 All in all, a great race, I would do it again. I love racing with Kara and Perry made the last loop extra hilarious. I'm in the worst chafing pain of my life now, but it was all worth it!

We had reservations at Melting Pot to celebrate our race/anniversary, but after my ice bath, that wasn't happening. Instead we went with the dinner of champions and Anchorman. 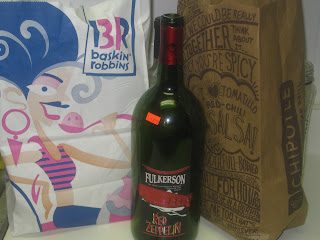 You know you are jealous.